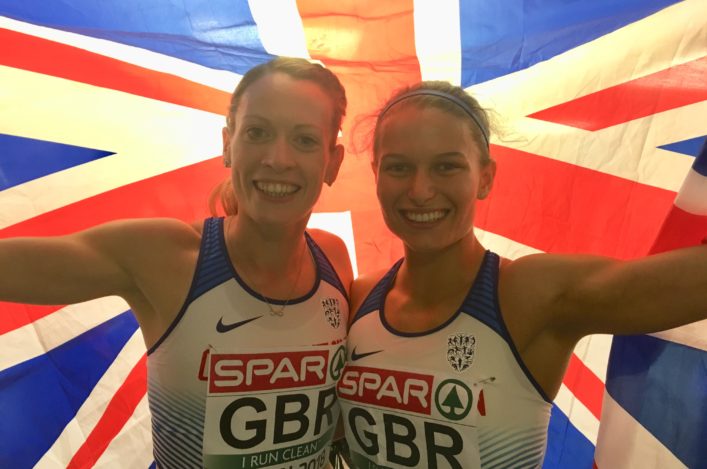 Photo by Sue Gyford in Berlin

Zoey Clark and Eilidh Doyle helped GB and NI to bronze medals in the Women’s 4 x 400m final at the European Championships in Berlin.

Poland took the golds with France the silvers and GB home in 3.27.40 for third place as Doyle anchored them home.

It’s a third relay medal with GB in a row for Aberdeen AAC athlete Zoey, who came into the team at London 2017 when they won silver and then was involved in taking bronze at the World Indoors in Birmingham earlier this year.

As for Eilidh, what a moment it was for the Pitreavie AAC role model as she bounced back from the 400m Hurdles disappointment to claim yet another major championship medal – No 16 for the most-decorated Scot in our track and field history.

Eilidh is also celebrating a significant personal hat-trick, with bronze at the World Indoors in Birmingham over 400m, silver in the hurdles at Gold Coast 2018 and now a third medal success at three championships.

Backed up by Anyika Onuora and Amy Allcock on the second and third legs, the Scots made another big contribution to a British relay medal success on a night when the 4 x 400m men took silver.

Here are Eilidh and Zoey talking to Sue Gyford of scottishathletics in Berlin. 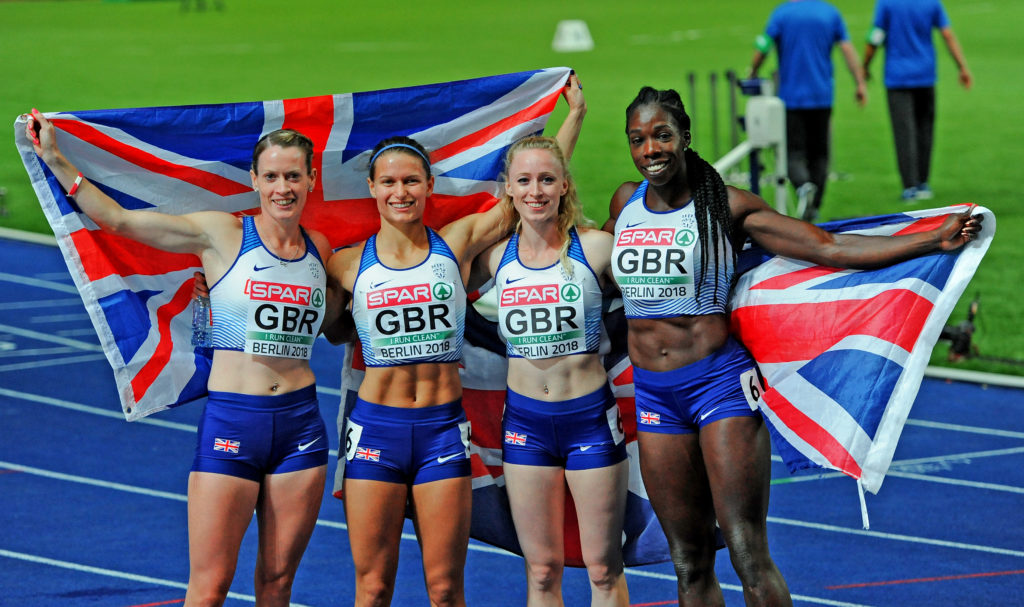 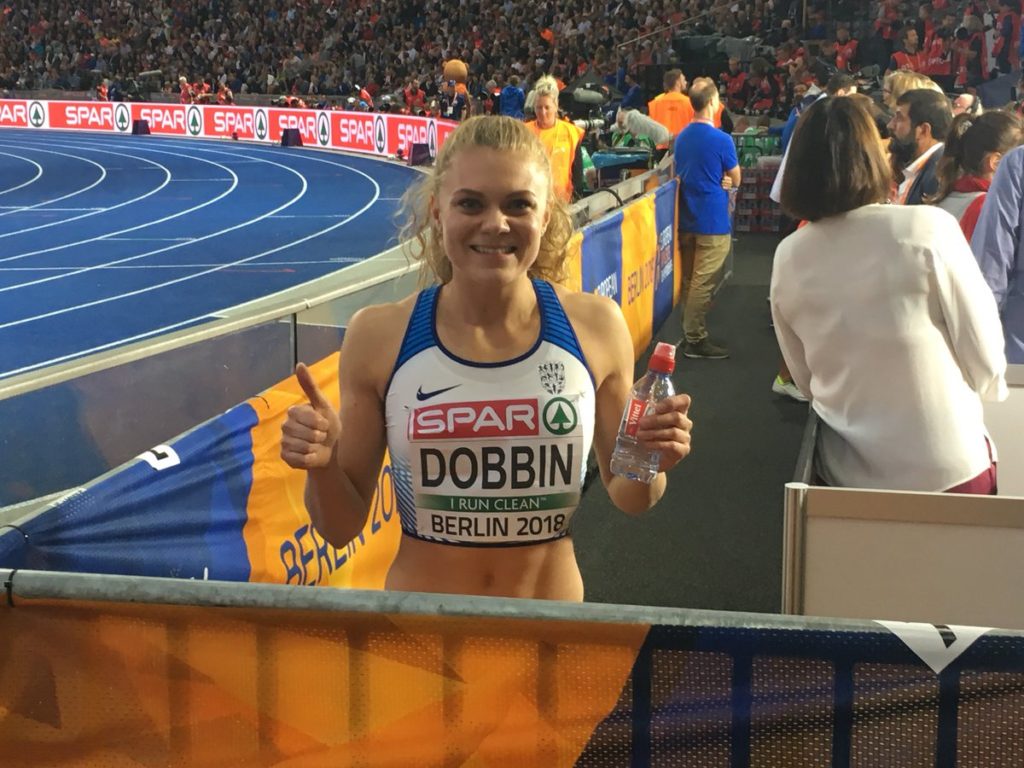 Photo by Sue Gyford in Berlin

Dina Asher-Smith took gold in the Women’s 200m final to make it a European Championship double as she clocked 21.89.

Beth Dobbin finished in seventh place in the race in a time of 22.93, just behind the other British athlete, Bianca Williams, after a strong run in the semi-final on Friday.

What a season it has been for Edinburgh AC athlete Beth, who just missed out on the Gold Coast 2018 team last season.

Well done to Beth, her family and coach Leon Baptiste, on terrific progress during 2018.

‘It felt so overwhelming, it feels crazy to be part of my first international final, my first major championships final,’ said Beth.

‘It’s all just been a huge learning curve, I feel quite emotional and I am so pleased. This year I’ve taken it in my stride but it’s now hitting me want I’ve achieved – so I now just want to go back into training.

‘I’ve been persistently running 22.8s and 22.9. So next year I want to be getting consistent around the 22-mids then the 22-lows eventually.’

With thanks to British Athletic in Berlin for comments from athletes