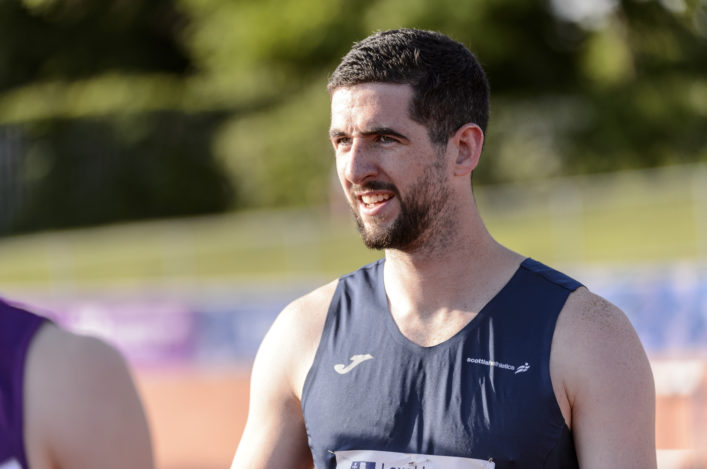 It was another top weekend for Scottish athletes in various disciplines and there was more good news coming our way from an event south of the border via the  Combined Events Home International staged by England Athletics in Manchester.

That really is an outstanding effort and well done to the athletes and coaches involved this weekend. Cal and Joel are U20 athletes and England fielded a full team of Seniors. In truth, it’s an outcome that reflects – again – the real progress in Combined Events in Scotland in the past couple of years.

There was an individual gold for Andrew Murphy of Kilbarchan AAC as the Scotland and GB international won the men’s decathlon event with a score of 7251 points.

Andrew is coached by Colin Sinclair and it is believed this may be a first win for a Scot in the men’s individual competition at the CE Home International. 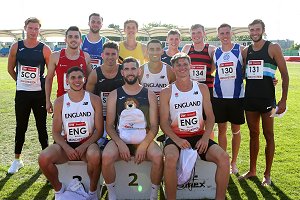 *Aidan Brindley of North Ayrshire AC won the U15 event, too, and there were a couple of PBs for Anna Forbes, the only Scottish female competing.

‘Murphy hauled himself up from fourth after the first day to take this one, holding off a late charge from Lewis Church, who started Sunday back in eighth.

‘In a classic war of attrition, Murphy simply put one competitive performance after another together while Church did a similar job a couple of places back. For Church it was just too big a job come the 1500m which he gamely cruised around in 4:33.51 – the kind of time that can overhaul medal contenders. But Murphy, always in command, had it under control and clocked 4:42.47. 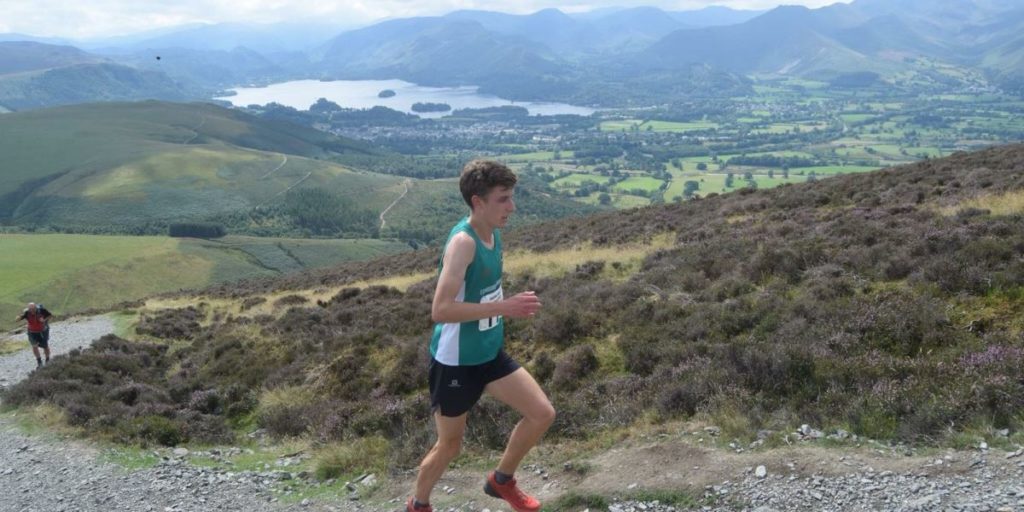 Scottish hill running looks to be in good place at the moment and that was again exemplified in the British trials for the forthcoming World Mountain Running Champs in Andorra.

In fact, there were Scotland went 1-2 in two of the four uphill only races as Jacob Adkin and Andy Douglas dominated the Senior Men’s race at Skiddaw in the Lake District, and Anna Macfadyen and Lauren Dickson did likewise in the Junior Women’s event.

That should see all four confirmed in the GB team for the Worlds event coming up next month, with all having had previous international experience in British teams.

Adkin has had a couple of difficult years through injury but some recent fine performances gave hope prior to Sunday and the Moorfoot Runners/Edinburgh Uni Hare and Hounds athlete duly proved his class as he over-hauled Douglas to win.

‘It was probably the most nervous I have been for a race, but I knew I had prepared well,’ said Jacob.

‘I was inspired hearing the result of the Junior Women’s race and a Scottish 1-2 for our girls, I managed to make steady proves through the field and get into a good rhythm in the heat up to Skiddaw summit.

‘I hadn’t expected that placing but I am absolutely thrilled! And it was great for Andy and I to replicate that Scottish 1-2.’

Douglas for his part has shown great consistency again this season and second assured another win in the overall British mountain running series.

Lachlan Oates and Ross Gollan finished 10th and 11th to make it four Scots in the top 12 in the Senior Men’s race. And there were sixth place finishes in the U20 races for Finlay Todd of Ross County and Charlotte McKenna of Giffnock North respectively.

A solid 29.16 and 7th overall for Callum Hawkins (@callhawk) at the @Beach2Beacon10K in Cape Elizabeth, Maine, this morning. #tdb2b10k #usa #NewBalance

Callum Hawkins continued along the road of his return following the Commonwealth Games marathon with a strong performance to finish seventh in 29:16 at the Beach2Beacon 10K in Cape Elizabeth, Maine.

Unreal experience competing at the Berlin under 20 international in the Olympic stadium. Distance wasn’t there but took?in my first GB vest in some tricky conditions ?? pic.twitter.com/XSJy2a0Wpl

Edinburgh AC’s Calum Henderson made his GB and NI bow in the Olympic Stadium in Berlin in a special U20 match. Calum came up with a 7.12m long jump performance to finish third.