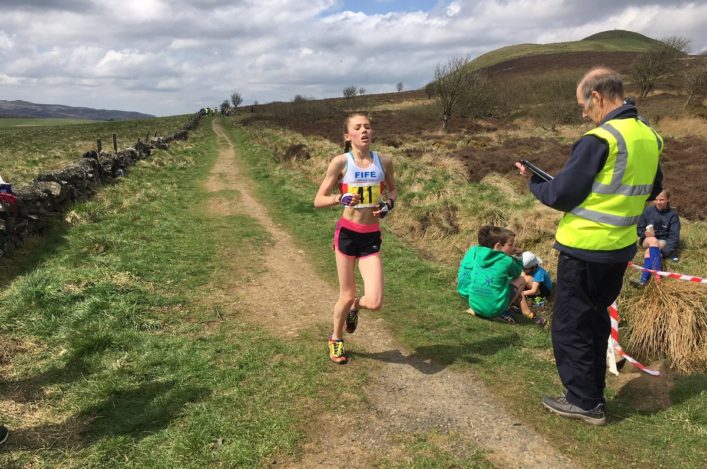 Sunshine, blues skies and no wind greeted runners at East Lomond on Sunday for the 2018 Scottish Junior Hill Championships (U15, U17 and U20), hosted by Fife AC.

Over the previous six years on the same course, some very competitive records had been laid down by emerging athletes.

But four of them were to fall to the Class of 2018 during some fast but gruelling racing, with Calan Chong (U13 Giffnock North), Sam Griffin (U15 Aberdeen), Anna Hedley (U15 Fife AC) and Lauren Dickson (U20 Lasswade) all posting new bests.

It should be acknowledged, too, that Sam Coull of Ross County also beat the old U13 record. As well as those mentioned, the other race winners were Ariane Bailey (U13 Pitreavie), Sunny McGrath (U17 Deveron), Helen Chong (U17 Giffnock North) and Hamish Hickey (U20 Ross County).

It was particularly good to welcome athletes from 17 different clubs, from North, South, East and West.

Many thanks to Dave Francis and his team of marshals on the course, to the time-keepers and finish line officials, and to Malcolm Patterson of scottishathletics.

With thanks to Roger Rees 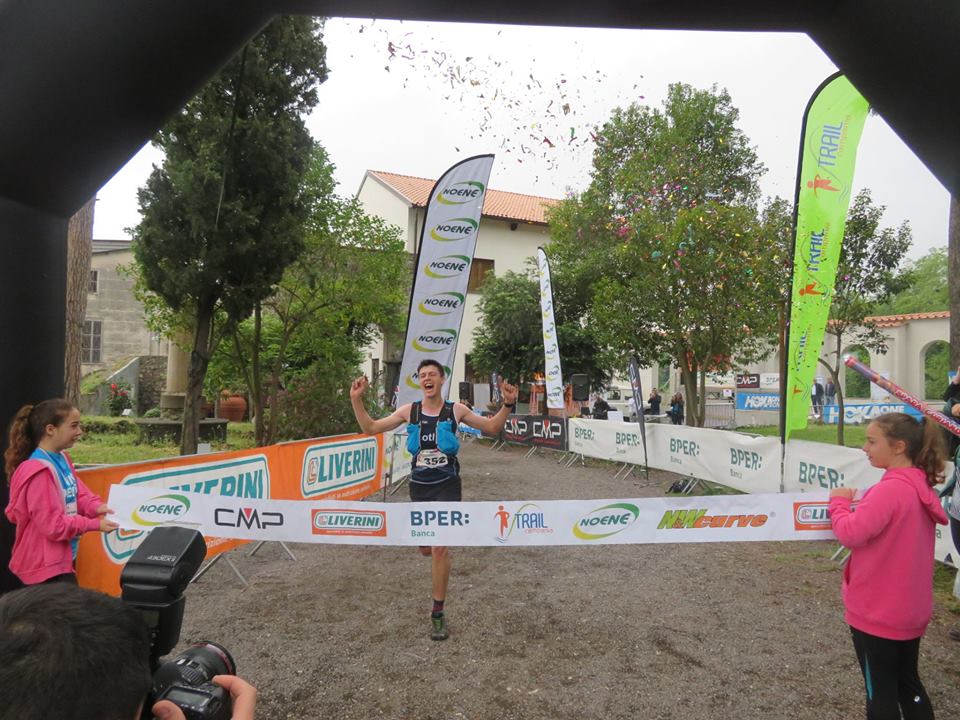 It is not so long ago that Ross Gollan competed in the Junior Hill Champs but his ‘graduation’ to Senior Status is now all but complete – after a fine win in Italy at the weekend.

The Shettleston/Glasgow Uni athlete, now an U23, won the Vesuvio Skymarathon 21K Trail Del Vesuvio race with his coach, Sophie Dunnett, describing the victory on Twitter as a ‘breakthrough moment’.

Here’s the reaction from Ross himself: ‘Delighted to win Vesuvio Skymarathon 21k Trail Del Vesuvio, great course and a fantastic experience. Big thanks to Ben Mounsey for pushing me during the race and for the recommendation.

‘ Thanks to Giuseppe and the rest of the organisers for putting on a great event and to all the supporters out on course. Definitely one to return to next year.’ 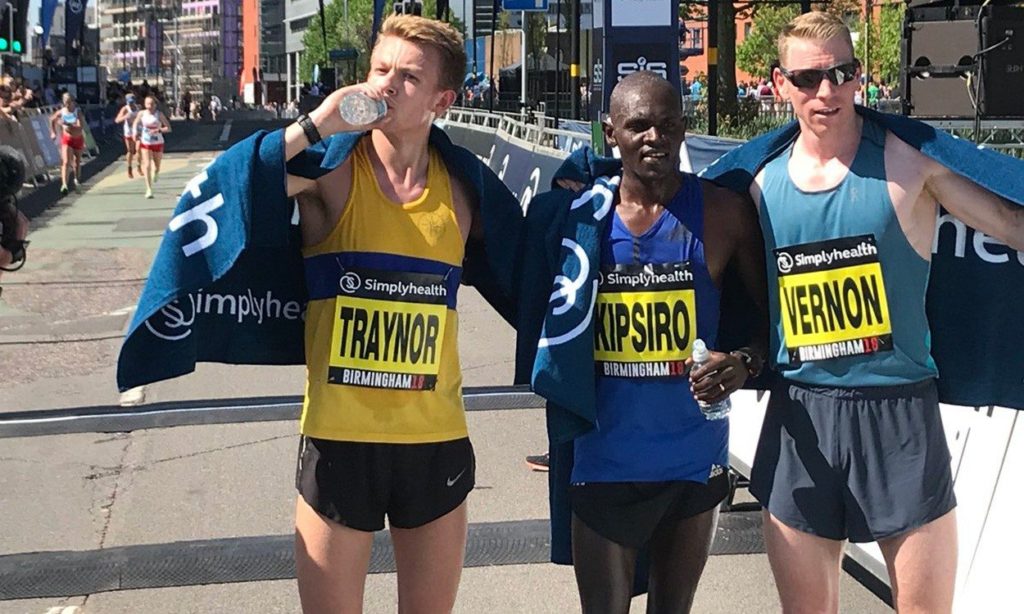 There was a podium place for Luke Traynor at the Great Birmingham Run 10K race on Sunday –  as he came home just behind Moses Kipsiro and Andy Vernon.

The Giffnock North AC athlete clocked 30.00 with the race won by Kipsiro in 29.08. Luke is preparing for the European Cup 10,000m coming up at Highgate in a couple of weeks in the Night of the 10Ks track meeting.

Not a good day at the office but looking forward to getting into my next block of training… there's still a long season ahead! https://t.co/B5sn1QzPJR #DiamondLeague #RoadToTheFinal pic.twitter.com/LRkbkkld8M

Eilish McColgan opened up her Diamond League campaign at the first meeting in Doha on Friday evening – less than three weeks after Gold Coast 2018.

In the United States, there was a win for Nick Percy in the discus event at the Husker Invitational in Lincoln. Nick threw 62.32m with his best so far this season being 62.50m. The British Athletics qualifying standard for the European Champs is 63.50m.