Scotland ultra runners will compete once again in the Anglo-Celtic Plate taking place in Wales at the end of the month.

Newport is the venue on Saturday 31 March for the annual event over 100K – with an open 50K race also taking place.

To be selected for Scotland athletes have to achieve (or be deemed capable of achieving) the following standards: Men: 8 hours and Women: 9 hours 5 mins.

The selection criteria looked for current form, on loop road courses, as well as other performances in ultra events over 2017/ 2018.

With a number of women not available, four men have been selected to represent Scotland in Wales in the Anglo-Celtic Plate.

Many congratulations from all at scottishathletics to these athletes on the selection and to their families and coaches. We wish them well in the final preparations for the ACP in Wales. 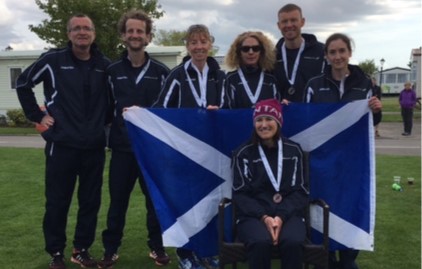 Scottish athletes competed in the ACP at Hull last year