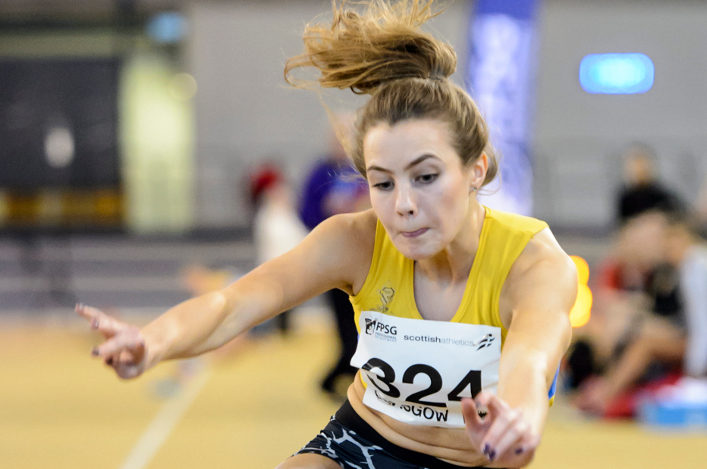 Watch jumps action in our FPSG Seniors and U17s video

Three years ago Rachel Alexander couldn’t believe it when she found herself on the same long jump runway as Jessica Ennis-Hill one May afternoon at Loughborough.

The then 16-year-old Scot was competing as a guest that day en route to a season which saw her collect bronze at the Commonwealth Youth Games in Samoa.

Far from being starry-eyed, Alexander came up with a superb PB leap of 6.10m which took her to fifth place in a competition won by Jazmin Sawyers at 6.28m. Masterful multi-eventer Ennis-Hill, in what was one of her last domestic appearances, reached 6.16m.

A 6.05 windy jump at Grangemouth set up Rachel for Samoa but as she went into her last years at school, suffered from injury and started studying at Strathclyde University, athletics has been difficult for this hard-working and talented teenager.

Straining to reach the distances already achieved while working on recovery and rehabilitation left Rachel weighing up whether to quit – by her own candid admission.

‘To be honest there have been so many times in the past couple of years when I have wanted to quit the sport,’ the 2018 FPSG Scottish Senior champion told us, after victory last weekend with an indoor PB of 6.04m.

‘It has been so difficult with a few injury problems and moving to Uni – I am at Strathclyde. My coach, David Watson, and my parents helped talk me out of it a few times so I’ve them to thank, really.

‘They kept on urging me to carry on and the fact is I do love athletics and love jumping. You can’t keep going in it unless you do, I don’t think.

‘I jumped  at Loughborough back in 2015  and Jess Ennis was in the event that day. It was really exciting. Then I went to Samoa for the Commonwealth Youth Games and won a bronze medal there.

‘But it has been hard since then and 2016 and 2017 were tough. It was a great feeling to win the Senior Scottish title on Sunday and take the gold medal.’ 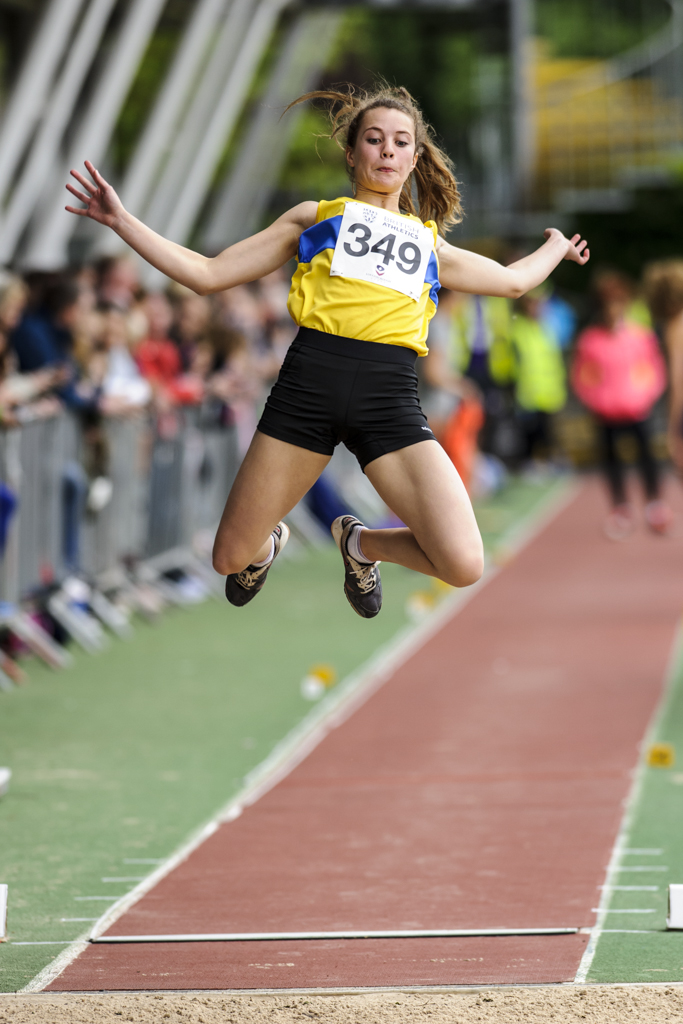 Rachel did it the hard way, too, standing on the final round runway in second place with multi eventer Emma Canning having reached 5.89m with a PB. Emma of course another athlete who has returned to action recently after an injury lay-off which included surgery.

‘It was such a great feeling because I’ve had a lot of injury problems over the last couple of years,’ added Rachel.

‘It’s been so frustrating but I’ve been training well since last September. It was a last round jump, too, with Emma leading after a PB so I was shaking with adrenaline on the runway before I set off.

‘So I’m delighted I was able to then come up with a big jump for an an indoor PB on the day and take the title. That feels good.’

In fact, Alexander wasn’t the only one in Watson’s squad climbing the podium.

Her Giffnock North club-mate Alessandro Schenini delivered a huge PB to take the Senior Men’s gold in 7.31m and take another leap forward. Alessandro represented Scotland at the Commonwealth Youth Games in the Bahamas last summer, finishing fourth in the long jump.

And triple jumpers Aidan Quinn and Miraji Ahmed were in top form, too, with Aidan taking second in the Seniors event with a PB of  15.21m and Miraji winning the U17 gold with a distance of 13.73m.