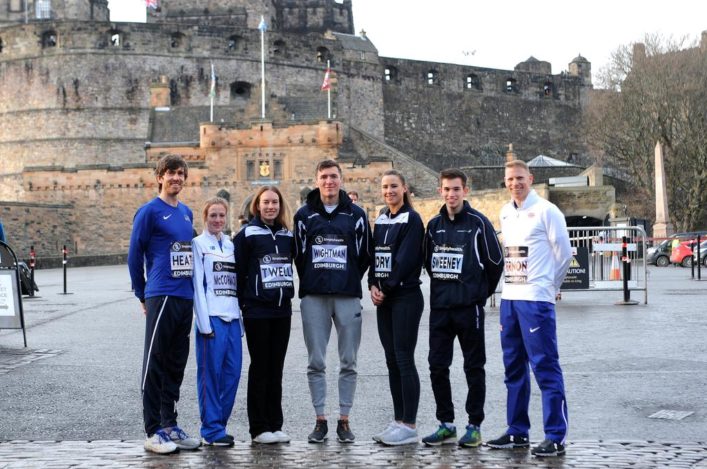 Holyrood Park once again provides the ideal backdrop for the Great Edinburgh XCountry this Saturday – on a day which features everything from top-class cross country to the Inter-Districts to fun runs on the road.

It’s an event which never fails to fire the enthusiasm for the sport and with it being free to spectate there’s an ideal opportunity for clubs, or family and friends of athletes involved, to come along and watch the action.

Four Scottish athletes are due to wear GB and NI vests – Laura Muir in the International 4 x 1K Relay, Mhairi Maclennan in the Senior Women’s race and Erin Wallace and Eloise Walker in the Junior Women’s race.

Eight more will represent Scotland in that International 4 x 1K Relay and seek to make an impact on the Stewart Cup podium, with the host nation having won gold and bronze in this event since it began in 2015.

Since that Scotland selection was announced in December, there has been one change with Cameron Boyak forced to withdraw through injury. It means a call-up now to the Scotland B selection for Ben Potrykus of Pitreavie AAC. Jamie Williamson, originally named in the B team, has moved up to Scotland A. 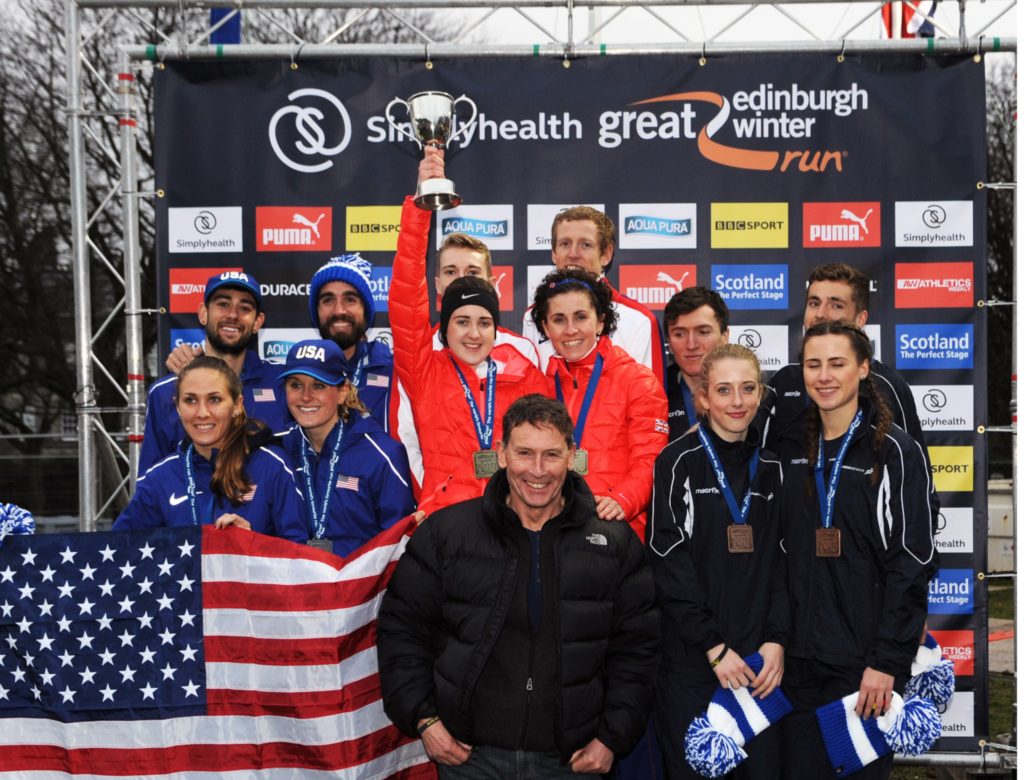 Muir, fresh from that Scottish 3000m gold medal at the GAA Miler Meet at the Emirates Arena last Sunday, is set to anchor the GB and NI team – as she did last year, leading them home to victory with the United States only just pipping Scotland A on that occasion.

Edinburgh Uni Hare and Hounds athlete Maclennan., who came through the ranks at Inverness Harriers, races over   having helped GB and NI to team gold medals at U23 level at the Euro Cross in Slovakia in December.

Saturday is a first Senior appearance at GB level for Mhairi, who is part of a strong group coached by John Lees in the capital.

Walker is one of the youngest members of that group and steps into the Junior Women’s race in good form after leading Scotland to glory with a win in Antrim last weekend in the British Cross Challenge and Celtic xc U20 race.

Giffnock North AC athlete Wallace, who is coached by Dudley Walker,  was selected for the Euro Cross after a good run in the trials in Liverpool but was nursing an injury at that time and will be looking to make up for that absence come Saturday. 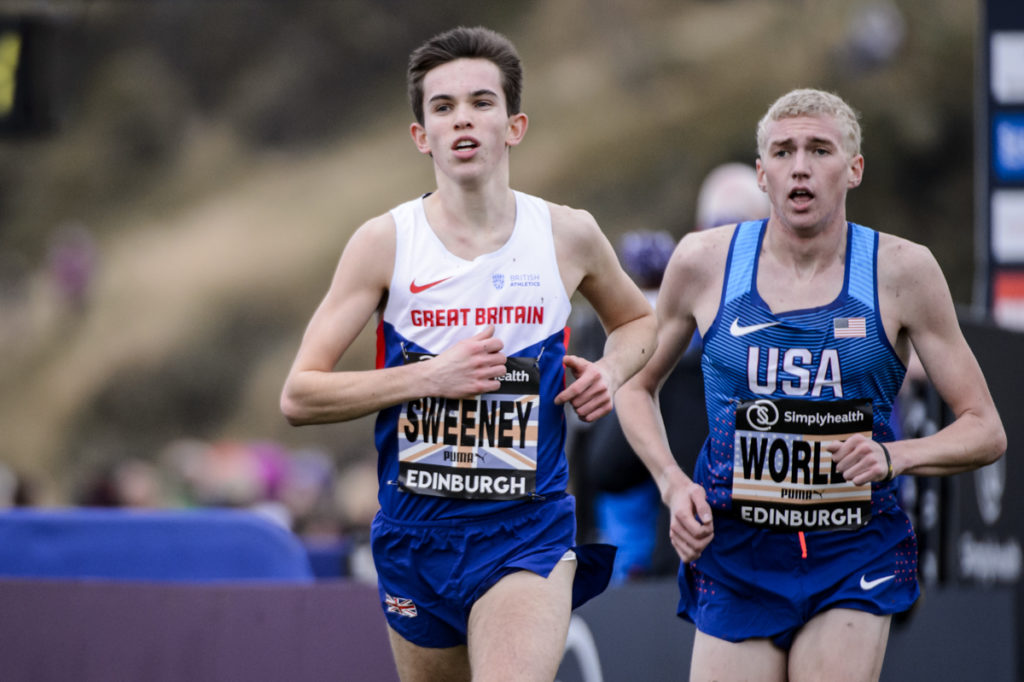 In terms of the International 4 x 1K Relay, this event really has backed up the assertion from scottishathletics four years ago that more international opportunities of this kind would help develop athletes.

‘I’ve raced there of course in the Inter-Districts for the East a number of times and for GB last year in the Junior Men’s race. But because of that I’ve not really had the chance to watch the International Relay.

‘The fact it is one kilometre means it is quite short and sharp and it should be exciting for us all with the TV coverage and people lining the course.

‘Being selected for it actually gave me a lift just after Liverpool because the Euro Cross trial didn’t go the way I had hoped. I made one or two tactical errors at times in the race and missed out on selection for Slovakia.

‘The 3000m indoors was a good start to 2018 with a PB and hopefully I can keep that going again in Edinburgh.

‘I’m looking to improve my 1500m time in the summer and I’m doing that at the Senior Indoors in a couple of weeks, too.’

SCHEDULE OF RACES ON SATURDAY