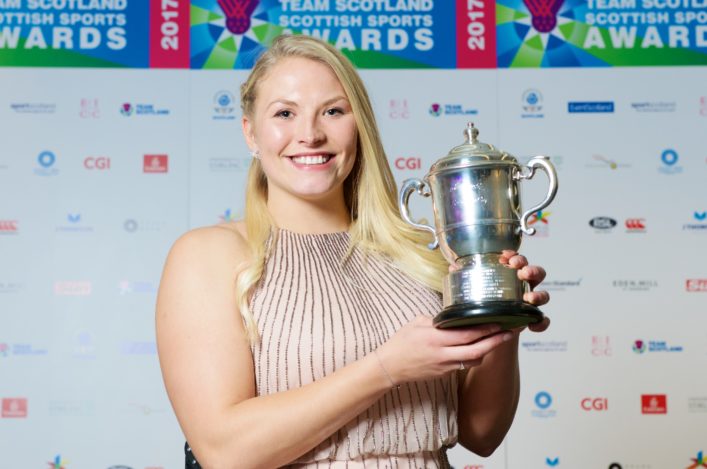 The wheelchair racer from the Borders thus became the first Para recipient of arguably the most prestigious individual award in Scottish sport after a marvellous 2017.

Sammi’s success merely under-lined an amazing night for athletics as a sport with five awards picked up in total as well as another four ‘honourable mentions’ on various short-lists.

scottishathletics were named as Governing Body of the Year for 2017 from a short-list of three – to retain the trophy won 12 months ago.

Laura Muir won Female Athlete of the Year and made the short-list of four for the Sportsperson of the Year Award. Her coach, Andy Young, was named as Coach of the Year.

Sammi missed out on the podium at the Rio Paralympics in 2016 but came back stronger to in her first global titles at the World Para Champs in London in July. She took the 100m and 200m titles in the T53 class and set a World Record in the 200m before also adding a 400m bronze medal.

Since then, the focus has turned to the road, coming second in the Great North Run half marathon, and Sammi now plans to bid for Gold coast 2018 selection in the marathon. 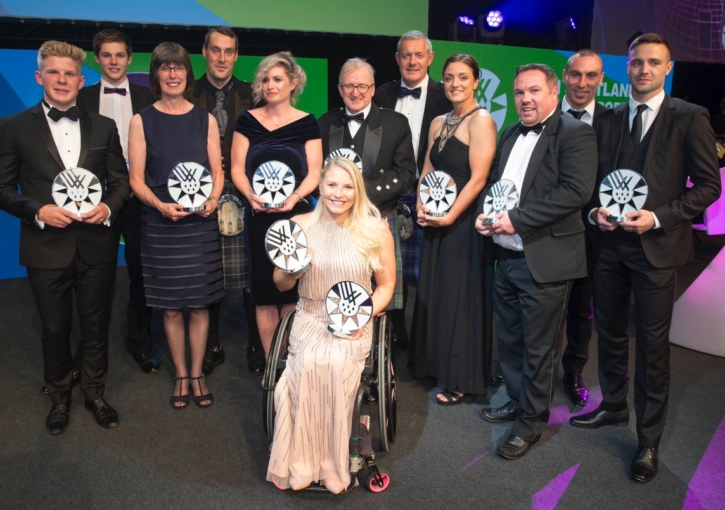 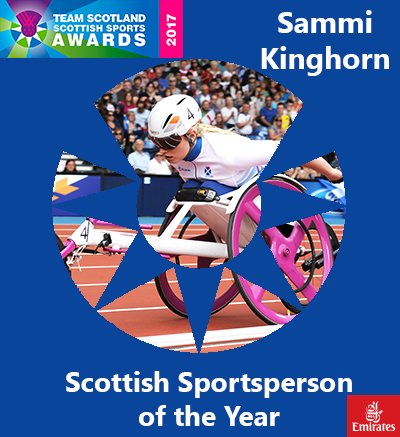 ‘When you see yourself up against great athletes like Gordon Reid and Danii Joyce, you don’t expect to win,’ said Sammi, who won the Para Athlete of the Year Award, as well.

‘It is amazing to even be thought of as one of the best Para sports athletes in Scotland but to actually win is incredible. And then to win the Scottish Sportsperson of the Year – well, that is something I never thought of.

‘To hold the trophy and see Andy Murray’s name on it, and other greats from Scottish sport, knowing that your name is going to be there, too, really is quite special.

‘There has not been a Para athlete in the past so it feels pretty cool. To have all my family and friends here to see me means the world to me, too. To have people who have stood by you through all the hard times and the good times, and to know they will always be there for you, is very special.’

Callum Hawkins was short-listed for Male Athlete of the Year but had to defer to swimmer Duncan Scott.

Similalry, Leslie Roy, the scottishathletics President, was on the final three for Volunteer of the Year – with winner Richard Brickley involved in Para sport in Fife, including athletics.

And there was commendation, too, for Springburn Harriers in making the final five in the Community/School/Hub of the Year Award, with that title headed for Drumchapel Sports Hub in Glasgow.

Maria Lyle was another athlete who made the top three – short-listed for Young Athlete of the Year following her medal-winning performances in London at the World Para Champs.