Thanks! We’re shortlisted for Governing Body of Year 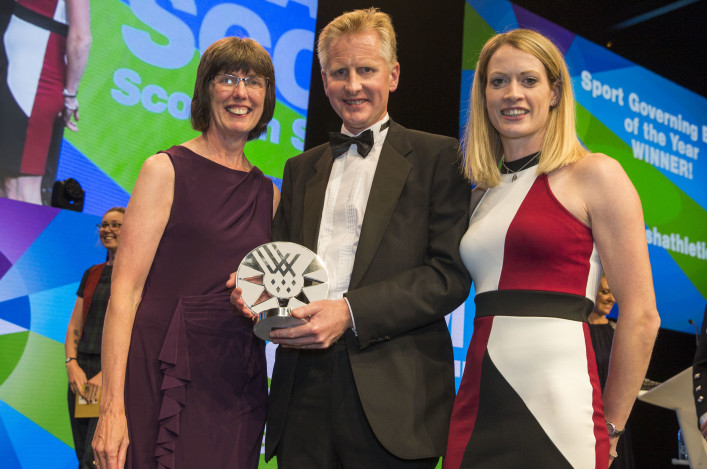 Winners in 2016 – scottishathletics were named Governing Body of the Year last year with Leslie Roy, Ian Beattie and Eilidh Doyle accepting the award

scottishathletics have been short-listed for Governing Body of the Year for 2017 – after landing the title last year at the Team Scotland Scottish Sports Awards.

It’s another huge acknowledgement for the sport as a whole and the work being carried out at all levels by athletes, coaches, clubs, volunteers and Officials with our rivals this time around being Cricket Scotland and Netball Scotland.

And, to emphasise the depth and reach of the feelgood factor, athletics is represented on no fewer than nine of the short-lists for 11 Team Scotland Scottish Sports Awards including recognition for Callum Hawkins, Laura Muir and Sammi Kinghorn in Athlete of the Year categories.

There are nominations, too, for Maria Lyle in the Young Athlete of the Year Award; scottishathletics President Leslie Roy for Volunteer of the Year; Andy Young for Coach of the Year; and Springburn Harriers for Community Hub/School/Club of the Year.

Magic moments by Muir in Belgrade and Kinghorn in London are also short-listed for Sporting Moment of the Year. 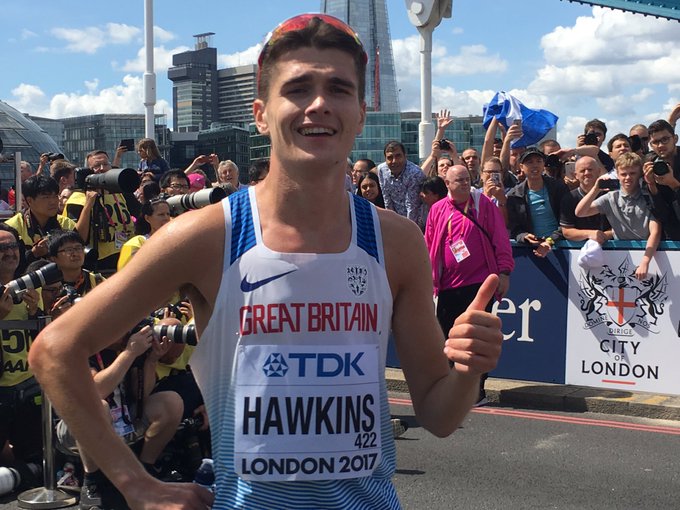 Callum Hawkins – short-listed for Male Athlete of the Year 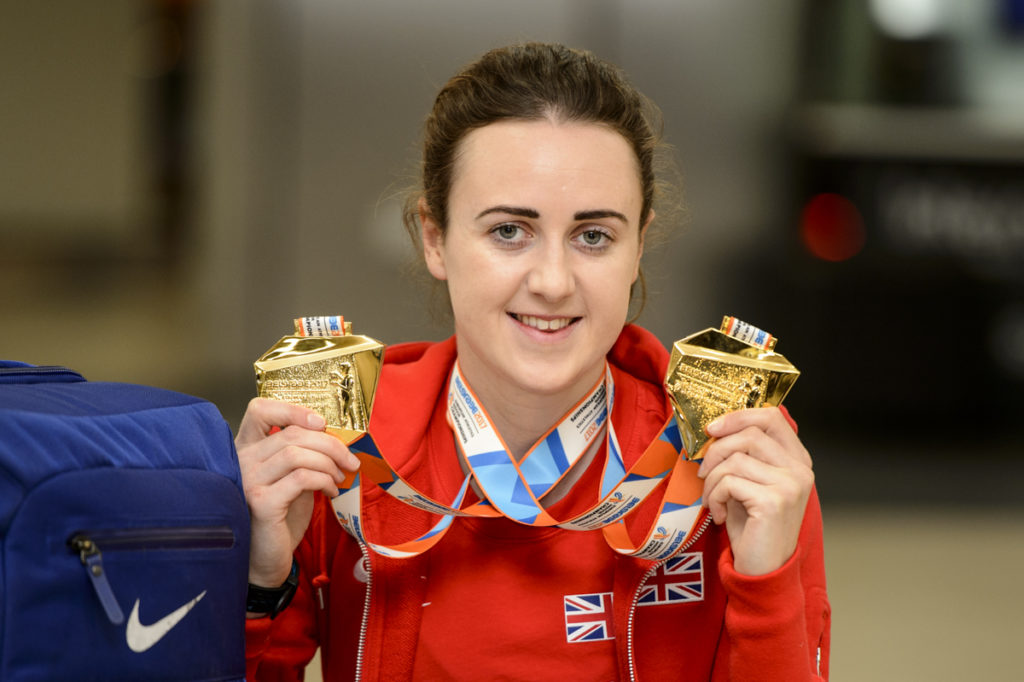 Laura Muir – short-listed for Female Athlete of the Year and Sporting Moment of the Year with her coach, Andy Young, also nominated for Coach of the Year

‘We’re delighted to have been nominated once again for Scottish Sports Governing Body of the Year, after winning the title in 2016,’ said Mark Munro, chief executive of scottishathletics.

‘I think that reflects on the sport as a whole and the contributions being made at so many levels and in so many areas – from elite to grassroots.

‘What pleases me more, actually, is that there are short-list nominations for athletics in nine of the 11 categories and that really underlines the point about a feelgood factor spreading right through the sport.

‘If you look at the categories, athletics is prominent in Male, Female, Para, Young Athlete of the Year, Coach of the Year and Volunteer of the Year.

‘Clubs are represented via the short-listing of Springburn Harriers and Laura Muir, with her double gold at the European Indoors and Sammi Kinghorn, with a World Para Champs gold and World Record, have given the sport great moments in 2017, too.

‘We’re especially pleased to see our President, Leslie Roy, on a list of three for Volunteer of the Year. I’m sure many people in the scottishathletics ‘family’ will know the hard work that Leslie puts in tirelessly for the sake of the sport.’ 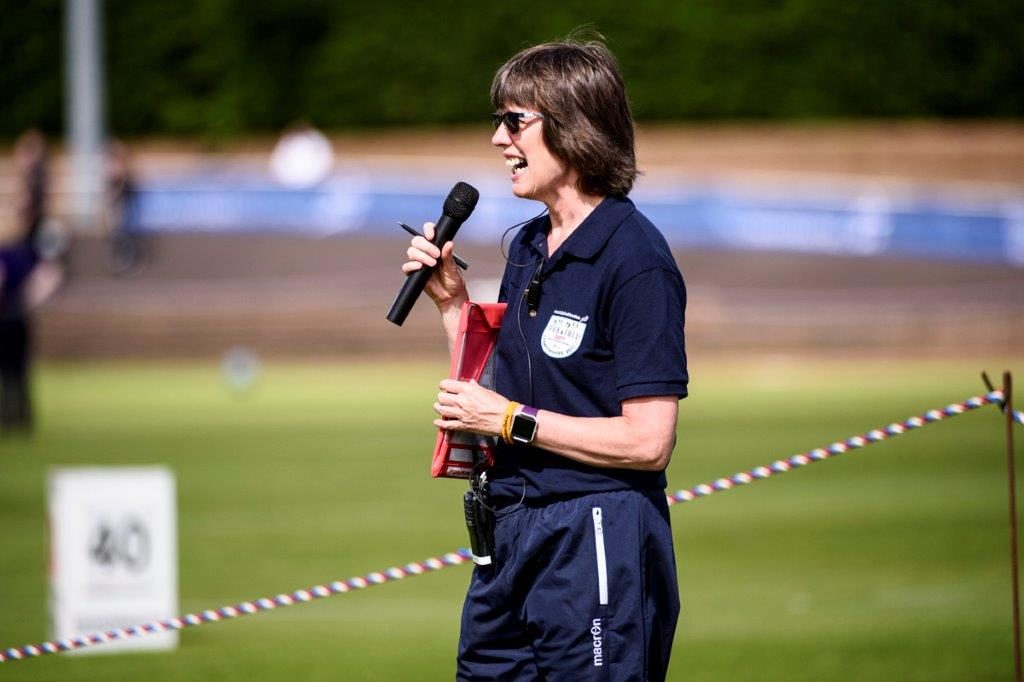 scottishathletics President Leslie Roy – short-listed for Volunteer of the Year

From dozens of nominations received and thousands of votes cast in online polls, the top contenders in the running for awards have been named. the winners will be revealed at the Team Scotland Scottish Sports Awards at the Edinburgh International Conference Centre on Thursday 21 September.

‘From athletes performing at the highest level to the organisations helping people take their first steps into physical activity, the individuals and teams shortlisted represent the absolute pinnacle of achievement in sport. I look forward to celebrating with them on what will be a memorable and inspirational night.’

*Governing Body of the Year

*Male Athlete of the Year

*Female Athlete of the Year – supported by The Scottish Sun

*Para-Sport Athlete of the Year – supported by CGI

*Team of the Year – supported by PSL / Canterbury

*Young Athlete of the Year – supported by City Legacy Homes

*Coach of the Year – supported by University of Stirling

*Volunteer of the Year

*Community Hub/School/Club of the Year – supported by sportscotland

*Sporting Moment of the Year – supported by European Championships 2018