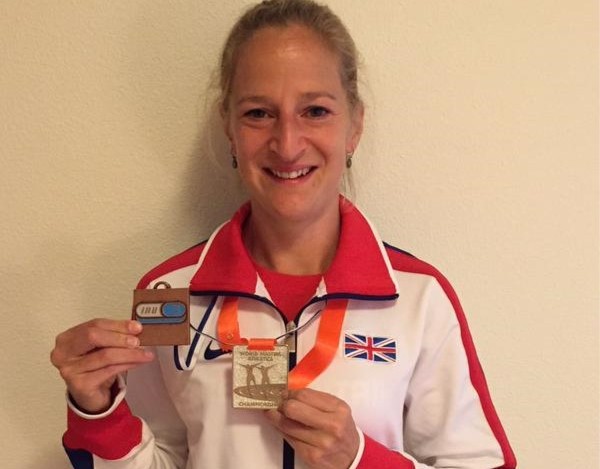 Joasia Zakrzewski returned from the World 100k Champs in Winschoten, Holland, without an individual or team medal in the global event – a rare experience for the Scottish ultra and marathon runner.

But the Dumfries doctor had the not inconsiderable consolation of yet another European medal and a big PB for the distance as she delivered the second best ever time by a Scot behind Ellie Greenwood and the fourth best on the GB all-time list.

That performance also ensured a European Championship bronze medal to maintain a fine recent run in terms of world and European podium places by the Glasgow 2014 marathon runner.

Zakrzewski was third at one stage before finishing fifth in a time of 7.31.33 in Holland as GB women unfortunately didn’t manage to finish a team.

That was nine minutes and 33 seconds quicker than her previous best for the 100k distance, with Ellie’s Scottish best having been run in Doha last year at 7.30.44.

Joasia was also fourth in the World trail champs in 2013 and has had team medals on every occasion except in Holland where GB did not finish a team after Holly Rush had to drop out.

All at scottishathletics congratulate Joasia on the PB and another high quality run at a global event. 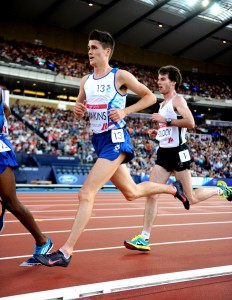 GB and Scotland international Callum Hawkins is preparing for a marathon debut in Germany next month.

And he proved he is firmly on track for Frankfurt with a fine display at the Great North Run to finish in 11th place in 63.35 – in only his second half marathon.

Edinburgh AC’s Neil Renault came home as the fifth British athlete in the Great North Run field in a time of 66.58.

British rankings for 2015 Men’s half marathon 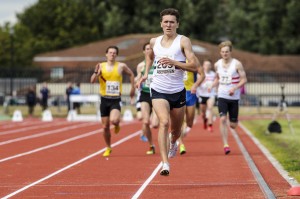 Jake Wightman was the best-placed Scot in a couple of endurance events at the Great City Games in Newcastle on Saturday afternoon.

The Scottish 800m champion was in contention throughout the Mile race before finishing in fifth place in 4.09. Cameron Boyek was 10th in 4.13 but unfortunately Andrew Butchart was a DNF after a long season on the track.

Steph Twell and Beth Potter featured in the Women’s Two-Mile race with Steph finishing in 6th place in 10.11 and Beth at 8th with 10.35. 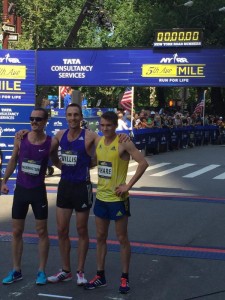 Chris O’Hare completed his season with a hectic weekend – racing in the Diamond League in Brussels on Friday and then in the Fifth Avenue Mile in New York on Sunday.

Over in New York, however, the Scot finished second behind Nick Willis. The New Zealander won the Fifth Avenue event for the third time in 3.54.9 with Chris just behind him in 3.55.9.

That was a fine result given the field included the likes of third-placed Henrik Ingebritsen, Bernard Lagat and Matthew Centrowitcz.

Chris said: ‘It was a good end to a tough year. My other two races were pretty dreadful. Today I felt terrible at the start but I thought, ‘Just get in the mix’ and instinct took over.’