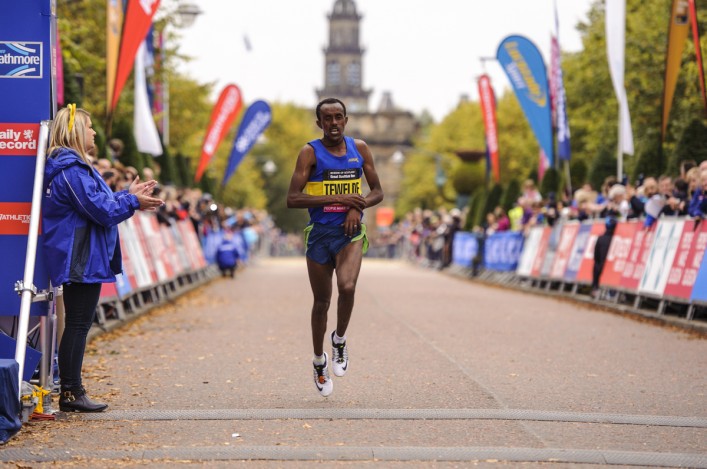 Scotland teams head for the Abbey Dash 10K in Leeds this weekend hoping to try and repeat spectacular success of last year.

And it will be a special day for Shettleston Harriers as Tsegai Tewelde wears a Scotland vest for the first time alongside Tewolde Mengisteab, who has already represented his adopted homeland on a number of occasions.

Tsegai ran a superb half marathon at the Great Scottish Run to finish in 63.34 and, having now met all eligibility criteria for Scotland and for Britain, is looking towards a marathon bid for the Olympics with GB.

For some of the others, Leeds marks an important part of their final preparations for the British Cross Challenge event at Liverpool on November 28 which doubles up as the Euro Cross trial.

‘It will be a proud weekend for the club and our wider family in the Eritrean community,’ said Shettleston’s John Mackay.

‘Tsegai and Tewolde have been in Glasgow for more than seven years now and, looking back, they were just young boys when they arrived. Tewolde has represented Scotland a few times now and is always pleased to do so – and now this if the first time for Tsegai.

‘It is good, hard training that has brought him to this point. He had a spell of altitude training there and came back and did so well at the Great Scottish Run. After Leeds, he will head off again and start the preparation for the London Marathon and an attempt at the GB qualifying time for Rio.

‘Shettleston has supported these athletes as much as we can for a number of years and it is good to see both of them running well. Tsegai has a terrific pedigree in terms of being a World Juniors 1500m finalist a number of years ago in Beijing (fifth place in 3.42) but he’s British now and holds a passport.’ 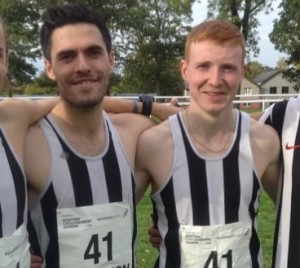 The Shettleston pair are joined in the Scotland Men’s selection by two Inverclyde AC athletes – Craig Ruddy and U20 Jonny Glen. GB cross country international Glen is taking on his first serious 10K in preparation for the Euro trial in Liverpool and did well at 10,000m on the track earlier this year.

Scotland women won team golds at that November 2014 event, with no fewer than five in the top 10 places in the women’s race. Andrew Butchart and Callum Hawkins finished 1 and 2 in the Men’s race and Steph Twell, Eilish McColgan and Rhona Auckland made it a Scottish 1-2-3.

None of those five is involved this time around for a variety of reasons, but there still looks to be a great opportunity for the eight athletes selected to show depth and strength in Scottish endurance running.

As well as the selected athletes, there are a number of other Scots headed to Leeds for what is becoming one of the most significant 10K races on the British calendar.

We wish all athletes and coaches all the best for the Abbey Dash. 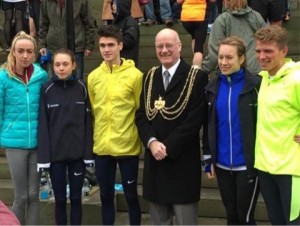