Superb Callum has Rio on his radar 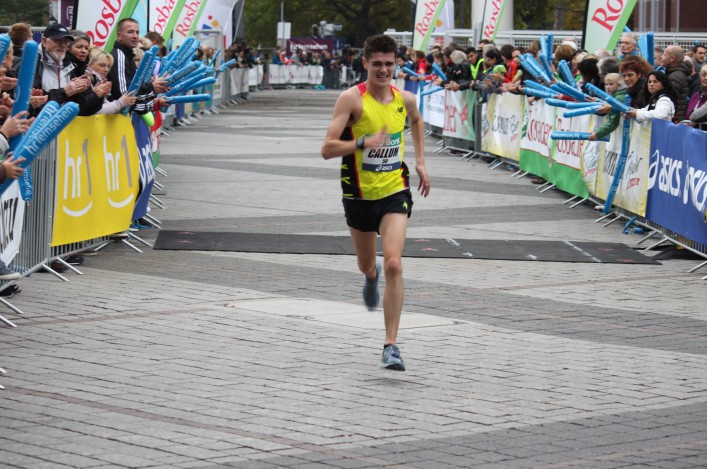 Callum Hawkins insisted the pain of the toughest race of his life was more than worth it to put Rio on his radar.

The Scotland Commonwealth Games 10,000m runner made a remarkable start to his marathon career with 2:12:17 in  Frankfurt on Sunday.

It gives Callum the GB qualifying standard for the Olympics next summer – with under 2:14 being asked by British Athletics – and also took him straight in at No 7 on the Scottish all-time list for the event.

Now 23-year-old Callum will assess his options in the selection ‘poker’ game, with the Hawkins family and all with athletics in Scotland at heart hoping elder brother Derek can also make the standard and the team for Brazil.

‘I knew it would hurt at one stage but it hurt pretty much all the way through – obviously it is the first time I have run that distance at that kind of pace,’ said Callum.

‘But actually it went almost to the plan we had. The pace-maker was due to go through halfway at 66.20 and went through it in 6.22 so you can’t ask for much more than that. He got me to 30k on the right pace and that kind of thing helps.

I am really chuffed with the time and delighted to get inside the GB qualifying standard. It would be fantastic to compete at the Olympics.

‘The Great Scottish Run a few weeks ago gave me the confidence for this. I knew after what I ran that day that I could go through halfway in Frankfurt in 66 minutes and then hold that pace for another 13 miles – and that is basically what has happened.’

Callum finished in 12th place in a classy field on a day when another british contender, Johnny Mellor, missed out on a Rio standard with 2:16:52. Scott Overall, with a 2:11:24 to his name, is favourite for any early selection by British Athletics.

So it is not clear yet if Callum will take on a spring marathon, as brother Derek plots out his best option to challenge for the required time.

‘You always want to run quicker and you think you can improve the time but I’ve done the best I could on the day so, at the moment, I have to be satisfied with it,’ said the Kilbarchan AAC athlete.

‘I hope it will be enough at some stage to get me picked for Rio but you never know with marathon selection and a few months to go.

‘So we can’t say at the moment when or if I will do another one.

‘I’m seventh now on the Scottish all-time list just behind Jim Alder and Fraser Clyne. You want to be right up there on a list like that but those guys are good company to be in with.

‘Now I’d love to see Derek get the time as well – just so long as he’s not quicker than me! We’d love to both be at the Olympics for GB in the marathon and it would be pretty special as brothers. We’ll have to wait and see a bit longer before we know if that can happen.’ 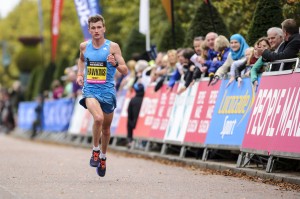