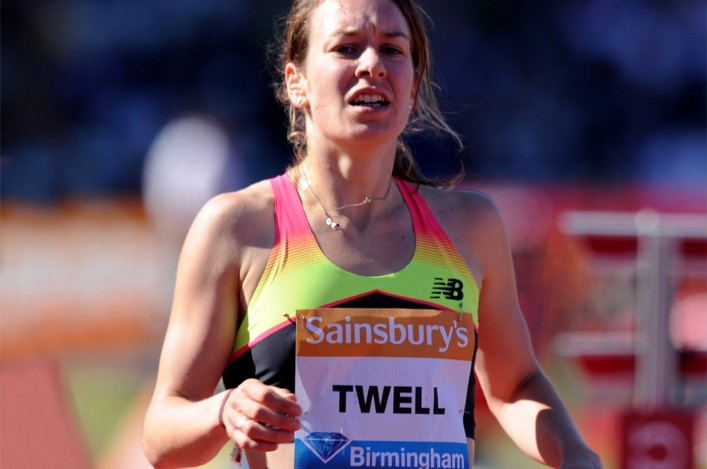 Steph Twell delivered a new Scottish Record for the Women’s marathon with a superb run in Germany.

Twell clocked 2:26.40 to finish in eighth place in the Frankfurt Marathon – with that time 12 seconds quicker than Liz McColgan’s time from 1997.

Now, subject to ratification, Steph will hold a new Record after a performance which also saw her eclipse the 2:29.30 qualifying time for the Olympics being asked by British Athletics.

With a pre-race PB of 2:30.11, the Kilbarchan AAC athlete was at one stage looking for a time of around 2:25 but will be more than happy to settle for a mark which takes her to fifth place on the all-time British list.

There is a now a very real prospect of Steph and Callum Hawkins representing GB and NI in Japan at the Olympics next summer – with pre-selections to be announced in December.

Many congratulations to Steph and her family and all her team from scottishathletics.

Meanwhile, to compete a great weekend for Kilbarchan AAC, Derek Hawkins clocked a PB with his 2:12.49 run in Frankfurt as he took 10th place.

After so many injury problems since even before the Olympics, Derek’s comeback is hugely-impressive comeback and eclipsed the 2:12.52 he ran in London to qualify for Rio. Derek is coached by his dad, Robert.

Making a second Olympics could now hinge on London next spring while the Commonwealth Games in Birmingham also looks a distinct target for an athlete who has twice won the National XC title and competed in the marathon at Glasgow 2014.

Moray Road Runners athlete Kenny Wilson made his debut at the distance and was satisfied with 2:22.39. Coach Carol Sim posted on Twitter (see below).

There were a number of other Scots performances in Germany with details across club media from the likes of Bellahouston Harriers, Cambuslang Harriers, Law and District and Linlithgow AC, among others.