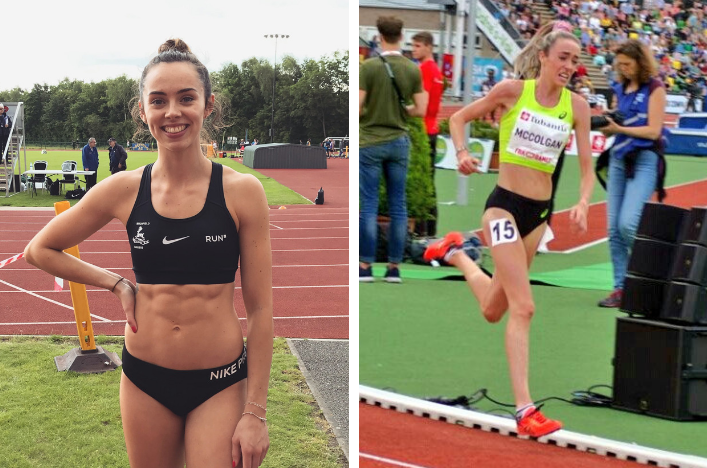 Two new Scottish national records were set over the weekend, with no less than three U17 Scottish records also claimed.

Heather Paton put in a fine performance in the British Women’s League at Leigh to set a new 100m Hurdles Record of 13.34.

The previous best by Pat Rollo was at 13.35 and had stood for fully 36 years since a record-breaking run at Crystal Palace in July 1983.

Eilish finished in fifth place and that time lowers her own National Record of 14.48.49 for 5K on the track.

PB & Scottish record this evening in Hengelo! Picked up a cold after Rome and wasn't going to race… right up until the warm up! Glad I did! ?

Went off bit too hard & paid the price over the last few KMs. But ran a lot of the race alone so I'm happy with a 14.47 for now! pic.twitter.com/4okTTVxND2

Livingston athlete Isla Calvert clocked 2.06.33 to win the Scottish Schools 800m title and break the mark at that distance for U17 Women. Sarah Kelly had held the record at 2.06.82 from 2009.

Reuben Nairne of Giffnock North AC was in action with Glasgow City down south and cleared 4.60m in the pole vault – to now share the U17 Men’s record in that event with Jax Thoirs.

‪And, also at the Scottish Schools, Kirsty Costello of Kilbarchan set a new hammer best of 64.20, caught on camera by coach Chris Bennett:

Not a bad start to the weekend for Kirsty , 64.20 today at @SSAAschools . Now on to @hwmfc for all 3 of us. @scotathletics #Progress pic.twitter.com/O36KgIjate

We extend our congratulations to all athletes, their families, coaches and clubs.

All records will, of course, be subject to ratification.