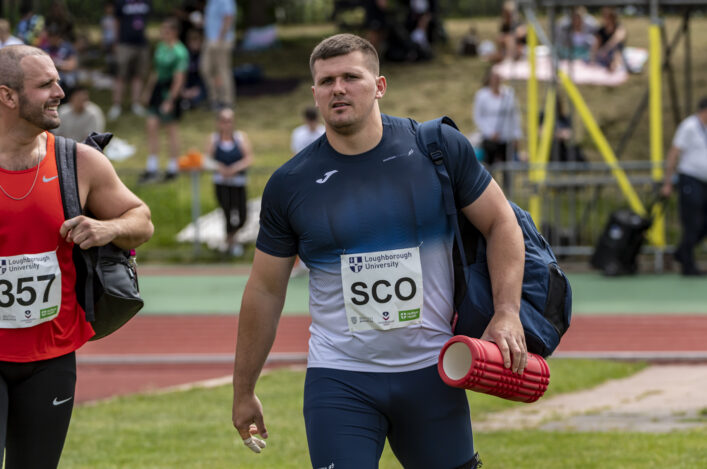 The script for 2022 already feels familiar and, at the current rate, the hardest working volunteers in our sport will be our Historian, Arnold Black, and the team on the Records Committee which sits as a sub group from our Track and Field Commission.

First, early on Saturday, Scotland Women competed in a 4x100m race in Geneva and contrived to match the 44.75 Record they had set in Birmingham a couple of weeks ago. That is also right on the Commonwealth Games standards.

A couple of hours later and word reached us another superb throws performance by Nick Percy at the Welsh Champs.

Nick has once again pushed on the Scottish Record in Men’s discus with this effort at 64.95m (with 64.35 in Cyprus recently the previous best, with both of these awaiting ratification).

Well done to Nick, his family, coach and support team, with the signs looking good for even bigger championship events in the weeks ahead. 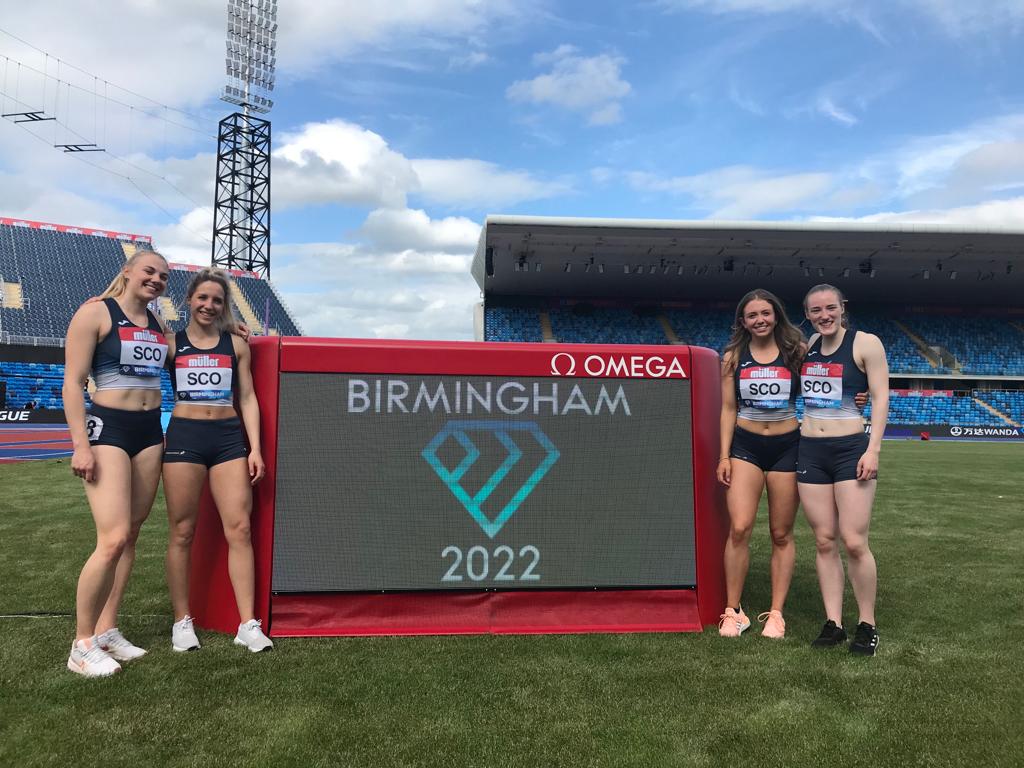 The Women’s 4×100 team (in Birmingham) set 44.75 Scottish Record and the same lineup matched that in Geneva

Back to Geneva and there were other highlights:

*Krishawn Aiken clocked a 20.74 PB in the 200m to get within three hundredths of the Commonwealth Games standard. It was a great run and an improvement for Krishawn on 21.18.

*Zoey Clark set a new 400m PB at 51.22 to get inside the qualifying standards for the World Champs as well as Birmingham 2022 and the European Champs.