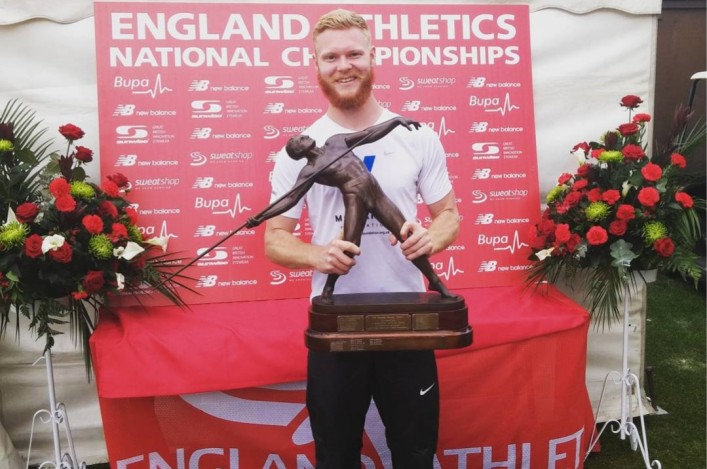 A number of Scottish Senior athletes headed to Bedford over the weekend for the England Athletics and Inter-Counties Champs.

And it was a successful event in particular for javelin thrower, Greg Millar, as he came up with a PB performance to land gold. Millar threw to 69.07m to take the Inter-Counties title to add to previous success this season at BUCS.

High jumper David Smith was another event winner as he took gold with 2.15m, while Rachel Hunter picked up a silver in the women’s hammer. Rachel threw 63.45 – her second best distance of the season – to take second place.

Zara Asante was another field events medal winner as the Scot picked up bronze in the triple jump with 12.30. And Angus McInroy won bronze in the discus with 53.04m.

There were also fourth places for the likes of Jamie Stevenson in the shot, David Martin and Faye Nicholson in the long jump and Connor Henderson in the 400m Hurdles. 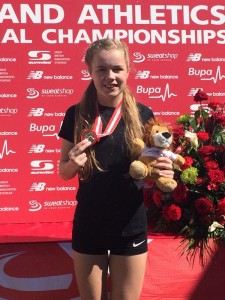 The English Disability Champs were held in Bedford alongside the Inter-Counties and there was plenty of Scottish success over the two days. 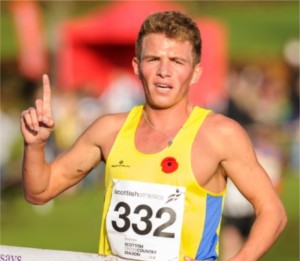 Andrew Butchart’s 2015 has already included a number of highlights and he maintained good track form with a fine 5000m run at Ninove in Belgium over the weekend.

The Scottish National XC champion finished third  in a time of 13.29.49 for a new PB with Andy Vernon winning it in 13.20. That run takes the Central AC athlete to fifth in the Scottish all-time list for the distance.

Butchart started the year at 13.58 and back in 2013 was at 15.14 for 5000m; so it is abundantly clear that his progress during the cross country season has been translated into terrific track performances following a training spell at altitude in the Pyrenees in May.

Sean Fontana clocked a really good PB of 14.06.27 at the same meeting and that takes the VP-Glasgow athlete third in the Scottish rankings for 5000m this season.

Cameron Boyek, meanwhile, continued what can be described as nothing other than a hot streak for Scotland’s 1500m runners at the same meeting. Boyek, seventh in the European U23 final at 1500m, came up with a new PB as he went under 3.40 for the first time with 3.39.40 to finish seventh in his race.

Edinburgh AC’s Emily Dudgeon was another athlete in action at Ninove and she finished eighth in the 800m in 2.02.28. 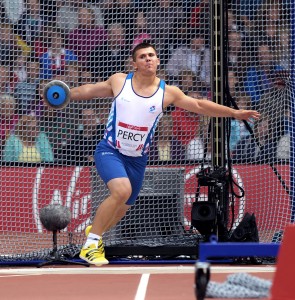 Thrower  Nick Percy was in good form late last week as he competed at an event in Sweden, where he has been based recently to work with his coach.

Percy came up with a season’s best in the discus in the competition at Vaxjo when he threw 58.54m. That takes America-based Nick to the top of the Scottish rankings for the current season. 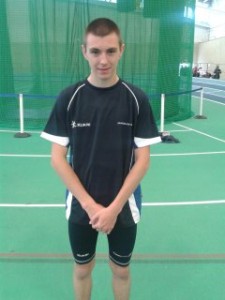 The VP-Glasgow athlete won the 1500m gold and took silver in the 800m. Steven was also a member of the team who picked up bronze in the 4 x 100m relay.  Many congratulations.