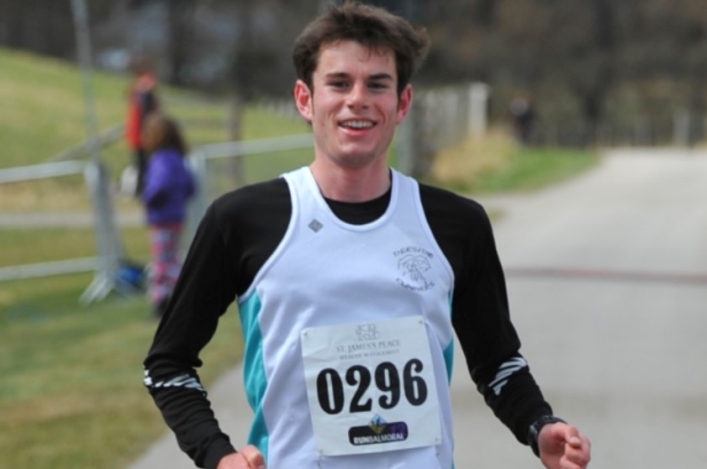 Great Britain mountain running international Robbie Simpson is bidding for what would be an impressive double win in this weekend’s Balmoral races, which have attracted more than 5,500 competitors across all age groups.

The 24-year-old Deeside runner has returned from his current home in Austria to take part in the Stena Drilling Tartan 10km on Saturday and the Glacier Energy 15-mile trail race on Sunday.

It’s a double which he pulled off in 2013 but he knows it’s going to be much tougher on this occasion.

Simpson is favourite to win the 10km in which he’s keen to break the course record of 31.17 which he set in 2013. He’d also like to add to his three previous wins in the trail race, but faces a tough opponent in the shape of fellow Great Britain mountain running international Andrew Douglas (Inverclyde AC).

Douglas will be going into Sunday’s trail race with fresh legs as he is not taking part in Saturday’s 10km.

‘I think it is possible for me to run quicker than the 10km record but it will be a big challenge,’ said Simpson.

‘The year I ran it the conditions were perfect and I was pushed all the way. I’m going to push myself as hard as possible from the start so I can give myself the best chance possible. Hopefully there are some fast guys to push the pace as well.

‘I think on the Sunday I will be too tired to really push Andy or break the record, but I’ll give it my best shot and see what happens.’ 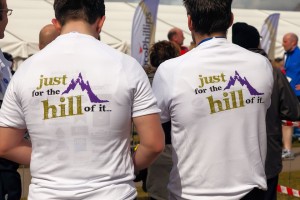 There promises to be a fascinating battle for the top prizes in the women’s division of the Stena Drilling Tartan 10km, where there’s every prospect that the women’s course record of 36.23, set by Carnethy’s Lyn Wilson in 2006, will fall.

Scottish marathon champion Jenn Wetton (Central AC) is among the favourites after winning the Jim Dingwall memorial race in 34.38 at Grangemouth earlier this month. The Stirling-based runner is competing at Balmoral for the first time and has heard about the notorious hill on the route.

‘After Grangemouth I had a look at the Balmoral course record and thought it’s a time that should be within my capabilities,’ said Wetton.

‘I’ve heard, however, that there’s a really tough hill which, according to some of my clubmates who have run there in the past, goes on for about a mile. They’ve told me that it can add about one minute to the time you would normally expect to run, so even taking that into account, I think I should have a chance of being close to it.’

Wetton’s opponents include Aberdeen AAC’s former Scotland  1500m track champion Nicola Gauld who was only 10 seconds outside the record when winning in 2013.

Metro Aberdeen’s Fiona Rudkin is also tipped to be among the front runners after returning from the US. The Aberdeen Baker Hughes 10km champion set a personal best 5km time of 17.09 in Boston last weekend.

Hill running international Clare Whitehead (Deeside Runners), who was third last year, should also be in the frame while world masters over-50 cross country champion Fiona Matheson (Falkirk Victoria Harriers) is another who is expected to be well-placed.

Others to look out for include last year’s winner, Aberdeen’s Carolyn McLeod, and Glenlivet 10km champion Jennifer Elvin (Clapham Chasers).

*Entries for all Balmoral’s Saturday races have closed. Entries will be taken on Sunday for the Glacier Energy 15 mile trail race until the remaining 75 places have been taken, and for the Wee trail race its remaining 50 places are filled.