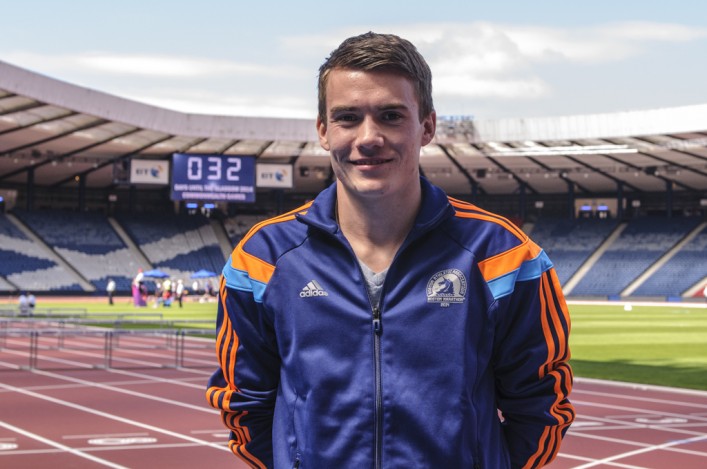 Chris O’Hare set a new Scottish National Indoor record in the mile only hours after the excitement of the Glasgow Grand Prix.

With Native records for three athletes at the Emirates Arena – Laura Muir, Steph Twell and Andrew Butchart – it was already a ‘Super Saturday’ before Chris took to the track in New York just after 11pm our time.

The Wanamaker Mile at the Millrose Games is a high profile event and the Scot duly took third place behind Matt Centrowicz and Nick Willis in a fast race.

And his 3.52.91 shaved seven hundredths off his own erstwhile Scottish National Indoor record of 3.52.98, which had been set three years earlier. The time was also less than a second off Peter Elliott’s indoor British record.

Chris went through the 1500m mark in 3.37.88 and finished strongly as he moved up to third place. Later, he tweeted: Happy to come away with another Scottish record today. Big thanks to Millrose Games for another great meet.’

Many congratulations to Chris, his coach and his family from all at scottishathletics and indeed to those at Edinburgh AC who were involved in his development over the years.

Watch the race back online on the Millrose Games website.

In the same meeting in New York, Lynsey Sharp was in action in the 800m and finished in fifth place in 2.01.55. 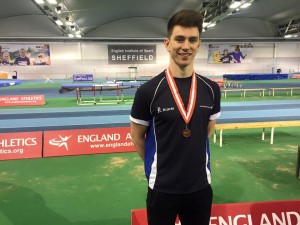 Two young Scottish athletes wore GB vests at the weekend as they competed in the Combined Events U20 international match in Salamanca.

Hosts Spain, GB and NI, France and Portugal made up the match with Emma Canning of Whitemoss AAC making her second appearance while for Tom Chandler of Central AC it was a debut occasion.

Chandler duly finished in 10th place with a score of 4365 while Canning was sixth in her pentathlon with 3602. There was a team gold for Emma in that U20 Women’s event.

Here are their individual event results: 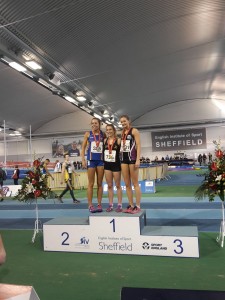 The BUCS indoor champs were held in Sheffield with a number of Scots in action at what is a three-day event as part of a multi-sport championships.

Pride of place in terms of the Scottish performances has to go to our female 800m runners (which is becoming a catchphrase on here) where there was a superb 1-2-3 on the podium. Glasgow athlete Julie Dobbin won the race in 2.11 and was followed home by Kelsey Stewart, who moved up from her usual 400m, and Emma Leask.

There were gold medals, also, for Anna Gordon in the pole vault with 3.90m and Nikki Manson in the high jump at 1.75m.

And Annabel Simpson won silver behind GB  international Jessica Judd in the 3000m with her 9.46.99 time the second best on the Scottish Women’s U20 all-time list indoors. Chloe Lambert collected bronze in the 200m. There was a silver for Lewis Clow in the para 60m.