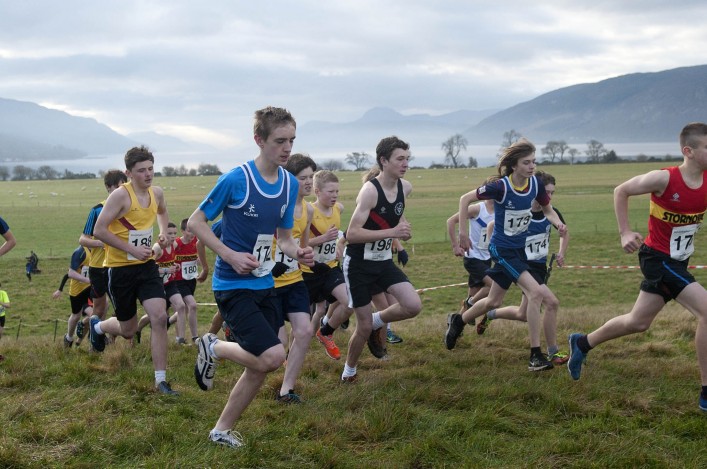 With thanks to Phil Downie for this photo from Dores

The North District XC Champs – the latest fixture in the Lindsays Cross Country Series – were held on the shores of Loch Ness in perfect conditions both overhead and underfoot.

With Inverness Harriers as hosts, the course near the village of Dores offered a bit offered a bit of everything with forest and farm-land sections and the odd hill thrown in to mix up the intensity.

The Senior Men’s race saw a convincing victory for John Newson by over a minute. But with Newsom not counting for the team event, this went to Forres Harriers for both the Seniors and Masters.

Moira Davie won the Senior Women’s race but with only a 20 second margin over Rhona Grant from Highland Hill Runners.

The closest race of the day went to the Under 17 Men’s race where James Geddes (Inverness Harriers) saw off an early lead by Paul Morrison (North Uist AAC). Morrison nonetheless took home his club’s only individual medal to make the journey to the mainland all worthwhile.

It was also pleasing to see athletes making it over from Shetland AAC and Stornoway RAC to the event.

Many thanks to all athletes, coaches, clubs, families and volunteers for committing to the North District XC Champs once again. Thanks, also, to the event organisers and the local community organisations in Dores for all their help.

Teams for the Inter-Districts event at Holyrood Park on Saturday 10 January will now be selected off the performances at Dores. 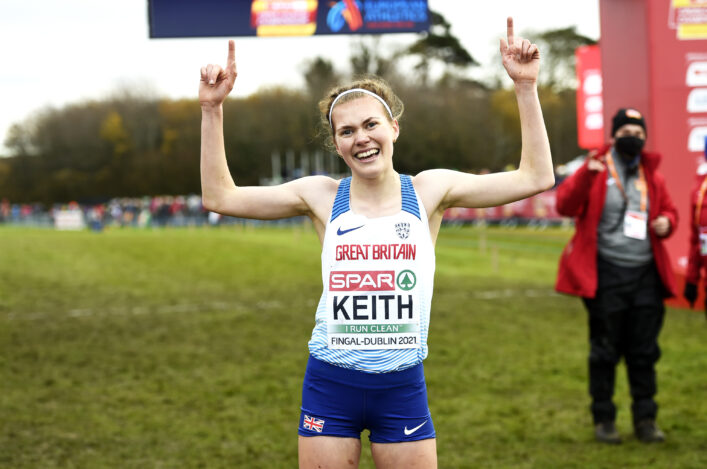