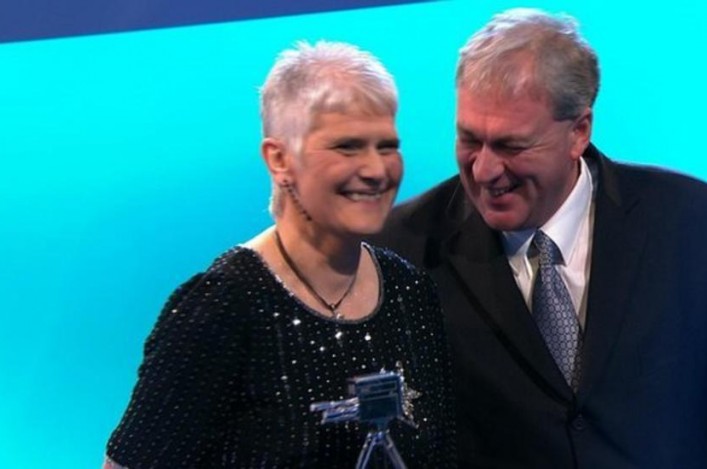 The New Year Honours list has been kind to athletics in Scotland in recent years with awards for the likes of Shona Malcolm and Janice Hendrie.

There were MBE awards for Janice, Ian and Jim with a BEM medal for Sandy. It is terrific that athletics in Scotland has folk like these and the Honour’s List recognition fittingly acknowledges their huge contribution to the sport.

Ian Mirfin and Janice Eaglesham formed Red Star AC in Glasgow some years ago with the clear goal of helping athletes with a disability. That work now reaches into a number of areas and indeed Ian, who coaches IPC World medallists Sammi Kinghorn, is Event lead for scottishathletics on Para Performance athletes. Janice, for her part, is chair of Scottish Disability Sport.

Four years ago the pair were given nationwide recognition by the BBC when they won the UK version of the ‘Unsung Hero’ award, receiving the trophy from Gary Lineker as part of the Sports Personality of the Year Award. Their MBE awards were for ‘services to disability sport’.

Jim Callander has been a high level scottishathletics official for a number of years and also operates at UK Athletics events. Jim, from Dumfries, was involved in officiating at the London Olympics and the Commonwealth Games and his MBE award was for ‘services to athletics’.

Marathon runner Sandy Gunn, from Thurso, has been recognised for his work as a coach. Sandy helped form Caithness AAC a number of years ago and his BEM award is a fitting tribute to unstinting work.

Nigel Holl, chief executive of scottishathletics, said: ‘I am delighted for our recipients in the New Year’s Honours List. It is really good to see people who work tirelessly for the sport being given this kind of honour.

We talk a lot in athletics about the value and importance of our volunteers – be that in coaching, in officiating or in helping run our clubs. We’ve seen that recognised that I’m delighted that’s happened.’