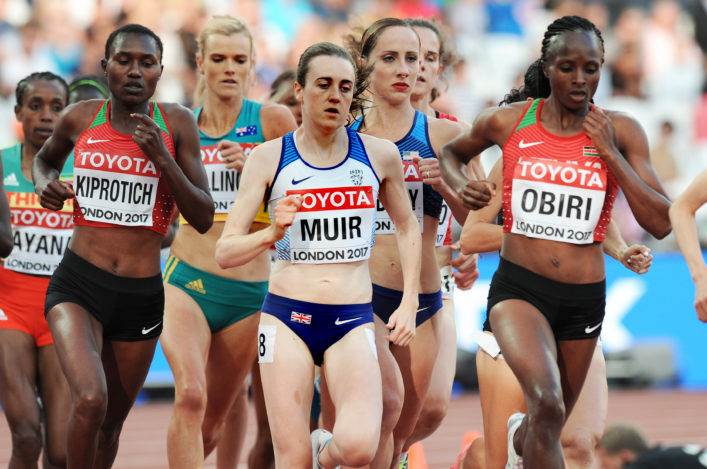 Laura Muir‘s sixth place run at the london 2017 World Champs landed her a new Scottish Record for outdoors for the distance.

Laura, who is heading back to Glasgow Uni now to resume her veterinary studies, did run 14.49 indoors earlier this year for the Scottish Indoor Record.

Many congratulations to Laura, coach Andy Young, her family and all at Dundee Hawkhill Harriers and Glasgow University who assisted in her development over the years.

Laura confirmed again that she is likely to miss the Commonwealth Games in the Gold Coast next April because it is so close to her final exams. The World Indoor Championships early in March are a potential target for 2018.

‘These next few months are going to be very full on with my studies, and people definitely won’t see as much of me racing,’ she explained. But I feel like I’m in reasonable shape. I’d like to run in Birmingham.’

Kenyan Hellen Obiri won gold in 14.34.86 with Almaz Ayana and Sifan Hassan the other medallists.

‘My fifth race in 10 days – it’s a lot of running and to still come away with that I think there’s a lot of potential for the future.’