scottishathletics have enjoyed a membership rise of almost 40 percent over the past five years.

And, with a series of national events across track and field and cross country attracting the highest entry numbers for 20 years, we are enthused and encouraged about the growth of the sport.

The past four years have also witnessed huge growth in the figures for officials and coaches – with those volunteers vital for development.

With membership fees set to remain frozen at just £5 for those aged under 21, subject to ratification of a proposal before the AGM this Saturday morning, scottishathletics figures show there were 7975 members in September 2009 with the current tally just short of 11,000 at 10,991.

That is a rise of 38 percent on the September 2009 figure and the growth in the past three years has been 27.5 percent with the ‘bounce effect’ of London 2012 and Glasgow 2014 taking root.  There’s also significant growth in the area of volunteer officials and coaches in the sport. 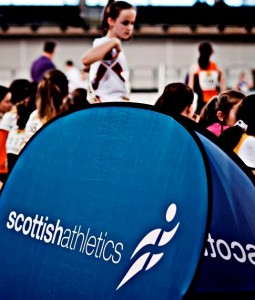 scottishathletics Membership: On The Rise

The excitement generated by the Commonwealth Games seems sure to prompt more growth with the four medals won in track and field the best tally since the 1990 Games.

But Mark Munro, Head of Development, credits the country’s 140 clubs with a huge contribution to what so many people label as legacy.

‘I firmly believe it is several years of hard work paying off,’ he said.

‘And the credit firmly sits with our club volunteers and coaches. I think that’s clear from these figures relating to membership rises over the past five years and over the past three years.

‘The investment by clubs in the development of their clubs, investment in coach development, in officials and general volunteer support in the past four years has been significant.

‘There is no doubt that we are experiencing the start of a modern-day ‘golden era’ for Scottish athletes on the international stage.

‘The exploits of Libby Clegg, Eilidh Child, Lynsey Sharp and Mark Dry in Glasgow and, at the European Championships in Zurich, by Eilidh and Lynsey alongside Chris O’Hare, have been well-documented and are undoubtedly exciting moments that will inspire the next generation of future stars.

‘The aforementioned athletes are still young and along with other future stars (like Laura Muir, Jake Wightman and Jax Thoirs) not to mention the success of Scottish athletes in cross country, hills and ultra running, the future does look brighter than for some time.

‘This will clearly enthuse and motivate our current crop of youngsters and attract new athletes into the sport. But we must be very clear as a sport: the current entry levels are no fluke or just a result of the ‘bounce effect’ from the Glasgow Games.