Membership fees to rise £1 – next year 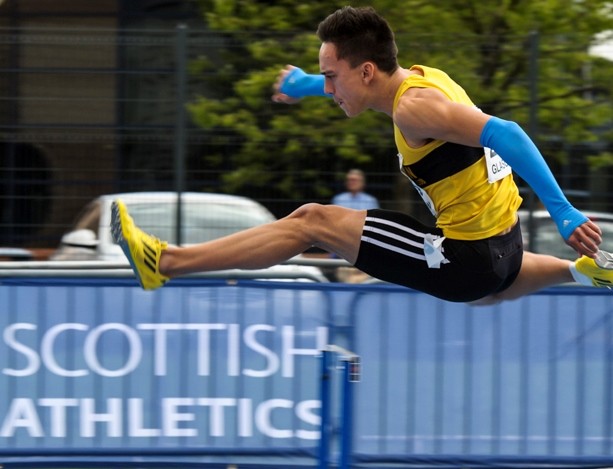 Membership fees will rise by £1 for seniors and juniors following agreement at the Annual General Meeting in Glasgow – but the first changes for five years do not take effect until April 2016.

Officials remain free and the Coach Membership fee of £25, which lasts for three years, will not change.

President Leslie Roy was re-elected to serve scottishathletics for another four years in the role as the meeting adopted a proposal from the Board that directors should serve for four-year terms, with a maximum of two-year terms.

The President’s role is now aligned with that practice: four-year terms and a maximum of two terms.

In another step, the Convenors of the three Commissions – Track and Field; Road Running and Cross Country; Hill Running – are now formally appointed as directors of the company. There are moves afoot for the Officials Commission to be embraced in this respect, also.

And there was a special moment for highly-respected Central AC President, and former scottishathletics employee, John McDonald as the AGM warmly approved his nomination for Honorary Life Membership.

Chief executive Nigel Holl spoke to the Annual Account with the AGM papers relating to the period from 1 April 2014 to 31 March 2015 – thus taking in the Commonwealth Games in Glasgow and many events across last winter, but not specifically pertaining to happenings over the past few months.

Leslie Roy commented on the glow being felt from high quality performances by Scottish athletes in track and field, road and cross country and hill running and thanked volunteers, staff and partners for contributing to success and growth.

Leslie also led the meeting into a moment of respect and reflection to remember some of those key individuals within the sport who had passed away in the past year or so.

For the meeting, there were 26 clubs represented with delegates eligible to vote and six proxy vote mandates received on behalf of clubs. A quorum was thus achieved under the Articles of Association

‘We launched our ‘Perform When It Counts’ strategy at the AGM last year and as I have said before I think it works right across all aspects of athletics,’ said Nigel.

‘We see that at the very top as our Commonwealth Games athletes ‘kick-on’ from their Glasgow 2014 performances but also further down the scale in terms of levels and ages.

‘And, of course, it should apply to scottishathletics as a business and everyone from officials to coaches to volunteer helpers to parents.

‘I put the Annual Report into a word cloud the other night and the word that came out most significant was ‘club’ or ‘clubs’. I was pleased about that because that’s where so much of our focus should be. In this particular report, ‘Games’ was also very prominent and that’s because for the sake of the financial year in question the period covered the Commonwealth Games.

‘The Games year led to some financial challenges but we’ve met those. I’m always happy to say the Olympics in London and Glasgow 2014 have been a catalyst for legacy.

‘There’s probably not anything different happening in terms of bringing in young athletes, educating coaches, training officials and performing when it counts in whatever strand of the sport – but I do believe it is happening quicker and with more impact as a result of London 2012 and Glasgow 2014. The clubs are experiencing that and we’re trying to help them cope with the growth.’

Following no change since 2010 in membership fees, there will be rises from 1 April 2016 in the following categories:

Senior member unattached from £32 to £33

Officials remain free and Coach Membership at £25 for three years. Club affiliation fees will remain as they are now and non-members race levies at £2. 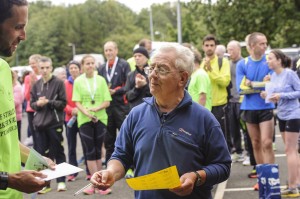 Central AC President John McDonald was granted Honorary Life Membership in recognition of his many years of service to the sport.

‘We all know the foundation of our sport in this country is the countless volunteers who dedicate their spare time to help run our clubs and events. Be they coaches, administrators or officials, they all play a vital role.

‘Most of these brave souls and their families make immeasurable sacrifices over the years and in return benefit in various ways as their passion towards their pastime complements their professional working lives. Very occasionally, you find someone who in addition to this kind of commitment to their club is also involved professionally and hence really does get involved 24/7.

‘scottishathletics have been fortunate to benefit from having a few of  those in that category and John McDonald is one of them. Having been an athlete himself, he wanted his children to get involved so when his two sons were of an age he like many others sought out his local club – Central AC.

‘Almost 25 years later, and having helped almost every post on the committee, he is still totally committed to driving the club forward. He has been instrumental in developing Central AC into one of Scotland’s largest and most successful athletics clubs.

‘His tireless enthusiasm for the sport is surpassed only by his friendly, positive and approachable character which has seen many young people getting involved in athletics as a result of John being the first person they met on a club night.

‘We can think of nobody more deserving of a nomination to be Honorary Life Member of scottishathletics.’