Our letter to Smith Commission

scottishathletics have written to the Smith Commission on devolution to seek backing for the more frequent participation of Scots teams in international competition.

While we have stressed that scottishathletics continues to support Scottish participation in the Great Britain team at Olympic level, a letter to the Smith Commission argues that entering Scottish teams in such events as the European Cross-Country Championships would be beneficial to athletics north of the border.

Chairman Ian Beattie and chief executive Nigel Holl have signed the letter, which was forwarded last month and is available for viewing on the web (see ‘Submission from Organisations’ – number 46).

‘scottishathletics would like to see more opportunities for Scottish athletes to compete as part of a Scotland team at European and world level,’ it reads.

‘Some sports (rugby, football, cricket, hockey, netball for example) already have that opportunity. In athletics and many other sports, such opportunities come round once every four years – in a Commonwealth Games year.

‘You personally experienced the impact of Team Scotland earlier this year in Glasgow, of course (referring to Lord Smith’s position as chair of the Glasgow 2014 organising committee). That is excellent when it occurs, but it does limit capacity and opportunity.

‘Furthermore, in athletics we have seen an erosion in recent years of opportunities outside the mainstream of track and field: areas such as hill running and cross country – foundation disciplines of our sport – where Scotland used to compete at European level as Scotland.

‘This no longer exists (we compete as GB), and with tightening budgets there are less and less places available at UK level (for Scots)

‘To be clear, we absolutely support the concept of Team GB and NI competing at the Olympic Games under that banner. We do, however, seek wider and increased opportunities for Scottish athletes to compete for Scotland on the world stage.’

scottishathletics acknowledges that the Smith Commission has no power to instruct continental or global governing bodies to include Scottish teams in their competitions, but believe that the support of an organisation with such a wide political remit can at least help the cause.

It is possible there may be little or no practical opposition from other countries. Splitting up a Team GB which often dominates the European Cross Country, as an example, would create opportunities for more athletes if competing as Scotland, Wales and England etc. 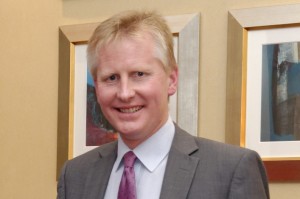