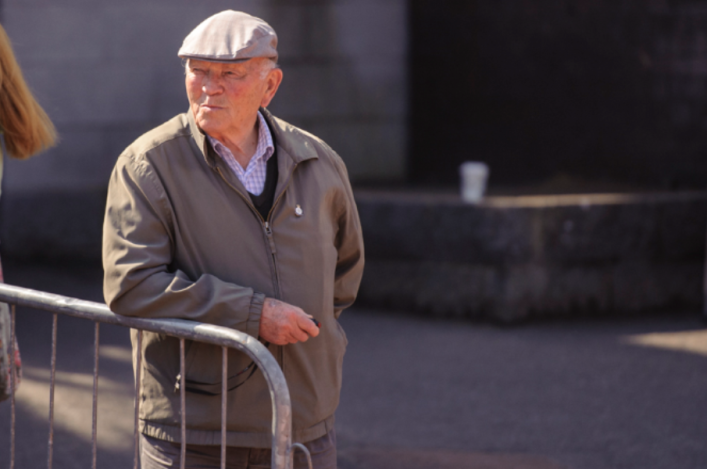 Eyes on the track, stopwatch in hand – John Macdonald at Grangemouth in 2015 (photo by Bobby Gavin)

It was with great sadness that all within the athletics community in Scotland learned last weekend of the passing of John Macdonald.

The Pitreavie AAC coach and father to Olympic medallist, Linsey, was 89 and still a highly active figure around the club and the sport.

John coached Linsey to that success back in 1980 and Ian Mackie, an Olympic semi-finalist in 1996. Almost four decades after Linsey competed in Moscow, he was guiding the career of hurdler Jack Lawrie, who won GB and NI honours last summer at the European U20s.

A keen angler, where he represented Scotland, John won an ‘Unsung Hero’ award a few years ago for his contribution to coaching and he was an Honorary Life Member of scottishathletics.

Pitreavie AAC have asked us to share funeral details as follows:

‘The funeral of John MacDonald will take place at the Townhill Church in Main Street Townhill, Dunfermline at 1:45pm on Thursday 28 July. Afterwards there will be a gathering at the Garvock House Hotel in Dunfermline.’

‘We were all deeply saddened to hear of John’s passing last weekend and pass on our condolences to the family, his friends and the club.

‘He was a great coach. Not just to the likes of his own daughter and Ian Mackie, but to many Scotland international athletes – at Junior and Senior level – over 40 years in coaching.

‘John was a Pitreavie AAC man to the heart and a real gentleman. His commitment to the sport in many ways typified the contribution of volunteer coaches to athletics in Scotland.

‘He will be sorely missed by all at scottishathletics and across the community.’

scottishathletics has learned of the sad passing of John Brown, once a key administrator in the sport with the Scottish AAAs.

John was a treasurer and a Scotland team manager at Commonwealth Games level in 1986. He also went to Olympics.

The funeral will be held on Monday 25 July at Cardross Crematorium (near Dumbarton) at 11.15am.

Condolences to John’s family and his many friends within athletics. 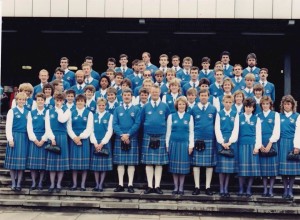 John Brown, who was team manager with the 1986 Scotland team in Edinburgh, is pictured centre left of the front row