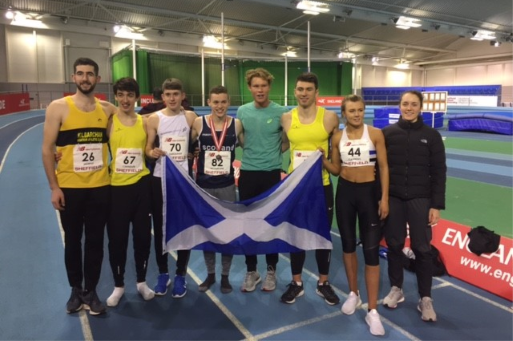 Scottish Combined Events athletes have been in good form over the past year or two – and that was confirmed at the England Athletics indoor CE Champs in Sheffield.

Joel McFarlane claimed a Scottish U20 Record in the heptathlon with a points score of 5099 that helped him to a silver medal in that category.

Coached by dad Ian, the Arbroath and District AC athlete continues to develop very well across events with his hard work at various training locations paying off!

Congratulations to Joel and his coach and club on this latest Scottish Record-breaking performance.

And joining Joel, the current Scottish U17 Athlete of the Year, on the podium over the weekend were Andrew Murphy of Kilbarchan AAC at Senior level and Emma Canning of Whitemoss AAC/Edinburgh AC at U23 level.

There were other strong performances across the board with the likes of Matt and Tom Chandler and Robbie Farquhar also in action as well as Cal MacLennan, Ellie Fulton and Jade Nimmo.

Murphy, who won a GB Senior vest last summer, took bronze in the Senior competition with a score of 5287. Central AC’s Tom Chandler was unlucky to miss out on a medal as he scored 4981 to take fifth place overall in the men’s comp – with three U23 athletes plus Andrew above him.

Canning, who has also represented GB in the past but has endured a long injury lay-off, was a bronze medallist in her age group with a PB performance of 3818 for eighth place overall in the Women’s comp and third U23. 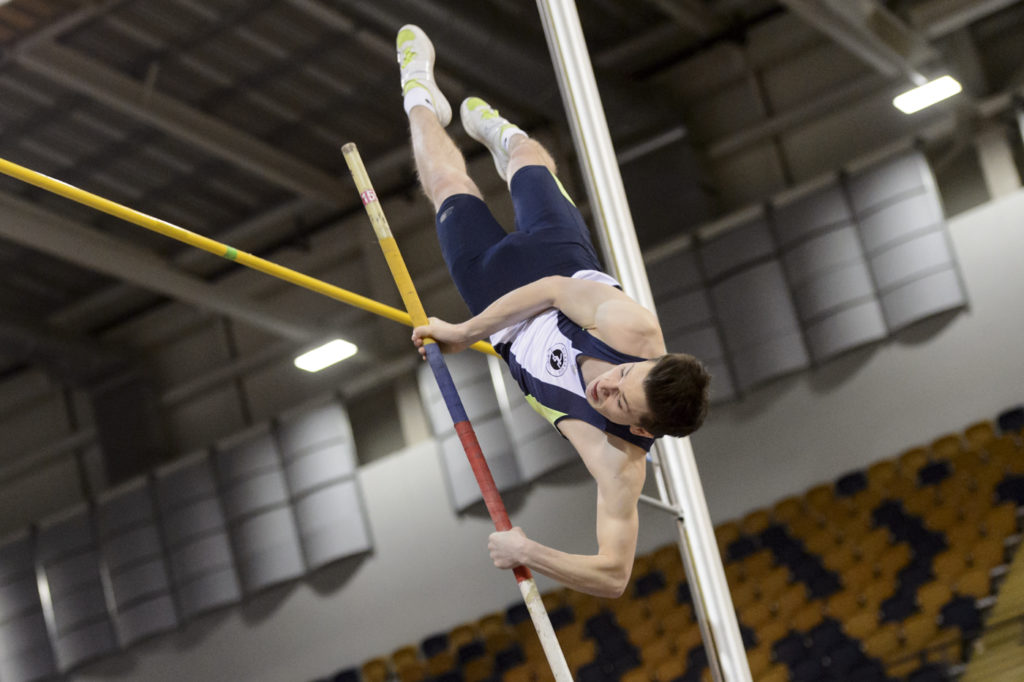 The Glasgow Pole Vault School GP staged their second meet of the 2017-18 winter at the Emirates Arena during the GAA Miler Meet.

It was another good day of competition following the initial event at Tollcross. There were PB performances for Kirsten Mullen (Edinburgh AC) and Gordon Belch (VP-Glasgow/GPVS).

Aiden Brindley (NAAC/GPVS) had another attempt at setting a Scottish National Indoor Record height in the U15 male age group.

Bearing in mind many facilities were closed for the holiday period, these were solid performances as athletes picked up where they left off on December 22.

The next meet is in Aberdeen on Saturday 20 January with two pools. Limited entries are now available and further information will be sent out in the next three days. All comments/enquiries should be addressed to polevaultcoach@btinternet.com

Results online on our Events section