Golds and Records at IPC Europeans 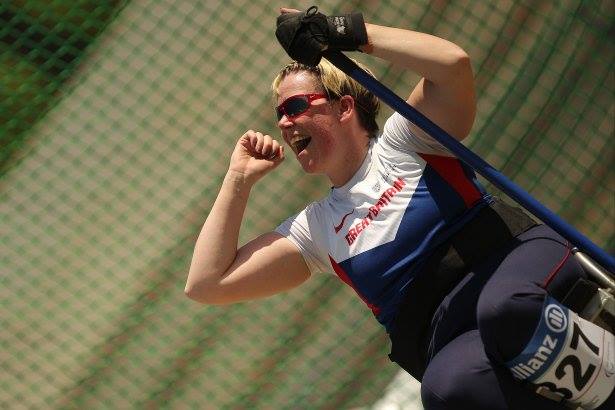 Butterfield successfully defended her Club Throw title in the F31/32/51 category with a World Record of 22.75m that saw her top the podium in a British 1-2-3 in the event.

Young sprinter Lyle claimed the T35 100m and 200m titles as she repeated the double she achieved in Swansea two years ago – with a Championship Best performance in the longer race.

Jo, who is coached by Phil Peat and Shona Malcolm and is a member of the scottishathletics board, took gold on the morning of day five with an outstanding world record throw of 22.75m, adding 85cm to the previous official mark to take the gold medal and lead a British 1-2-3-4 in the F31/32/51 club throw.

After claiming the world title in Doha last year, Butterfield (F51) came into the championships as the favourite within the mixed classification event and confirmed European gold with a remarkable series. Her first four throws all exceeded the previous world record mark with bests of 22.18m, 22.39m, 22.25m and 22.75m.

‘I am absolutely over the moon – it has been a really long week,’ said Jo.

‘I’ve been watching everyone compete and it has been a long wait to get out there. I was getting a bit more nervous each day because I just wanted to get out there and perform how I knew I could do.

‘I have been throwing really well in training and this is the best shape I have ever been in so I am just so happy to do it. To be double European champion is so special.’

On her room-mate Georgie Hermitage, who has also set two world records this week, Jo added: ‘We both get on really well but there was no way I was going to let her be the only gold medallist in that room, I would have never heard the end of it!’ 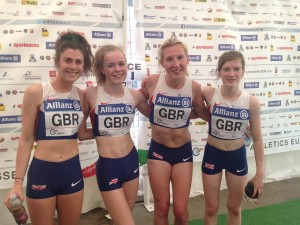 Maria, who is coached by Tabo Huntley, had set the ball rolling on the Scottish medal rush in Italy on Sunday with her 100m win.

At the time, that was her third European title as the 16-year-old showed her progress ahead of the Paralympics later in the year. Maria recorded a time of 14.45 (-0.9).

‘I’m definitely happy that I’ve got my title again but I’m a little disappointed with how I ran it,’ said the Dunbar schoolgirl.

Maria duly added a second European title (her fourth in all) with a Championship record of 29.91 (-2.2) in tricky conditions in Grosseto on Wednesday afternoon. After a strong bend, Lyle showed her strength in the home straight to win by a convincing margin.

‘It was really windy so it was quite hard work coming down the home straight so with that in mind, I was pleased with how I ran.

‘I wasn’t looking for PBs – I was a bit nervous coming into this so to be under 30 seconds is great. I nearly fell over the line because the wind was so strong but I’m chuffed to bits to win the gold medal.’

Many congratulations from all at scottishathletics to both athletes and their families and coaches on these fine performances at the IPC Europeans.

With thanks to Gareth Burrell of British Athletics in Grosseto 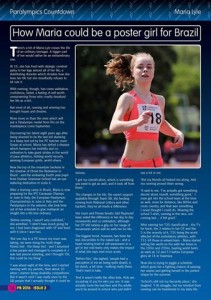 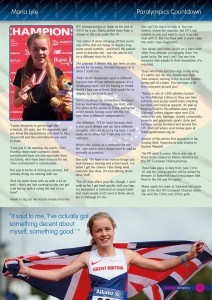