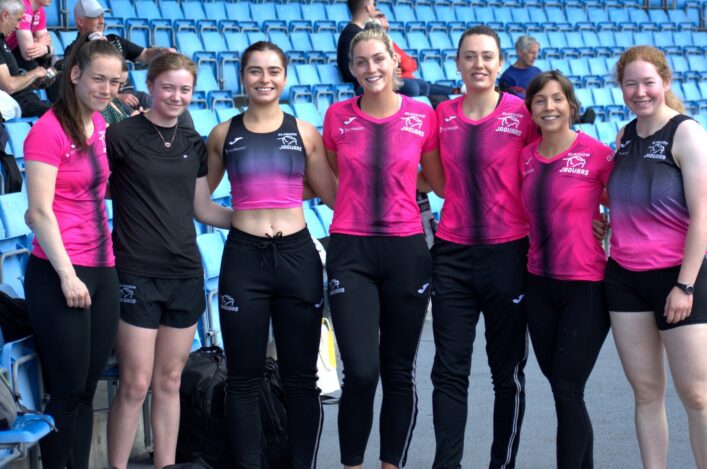 Glasgow Jaguars enjoyed good conditions for their first National Athletics League Premier Division Match in Manchester – with Personal Bests and good season openers for many of the team.

Hannah Cameron contributed valuable points, winning the A string 800m and was pleased with second in the 1500m.

The women pole vaulters recorded wins in both the A and B string events with Sara Barbour setting an outdoor PB of 3.60m and Courtney MacGuire heading to the top of the Scottish rankings with a season’s opener of 3.80m

A third place finish for Emily Craig in 60.60 in the 400m Hurdles put her to the top of the early season’s ranking list and Sarah Malone continued her strong start to the season with second place in the A string 100m.

Teddy Tchoudja was winner of the A string shot and in the 2000m steeplechase it was second place in the A string for Lauren Stoddart and a win for Alicia Paton in the B string. 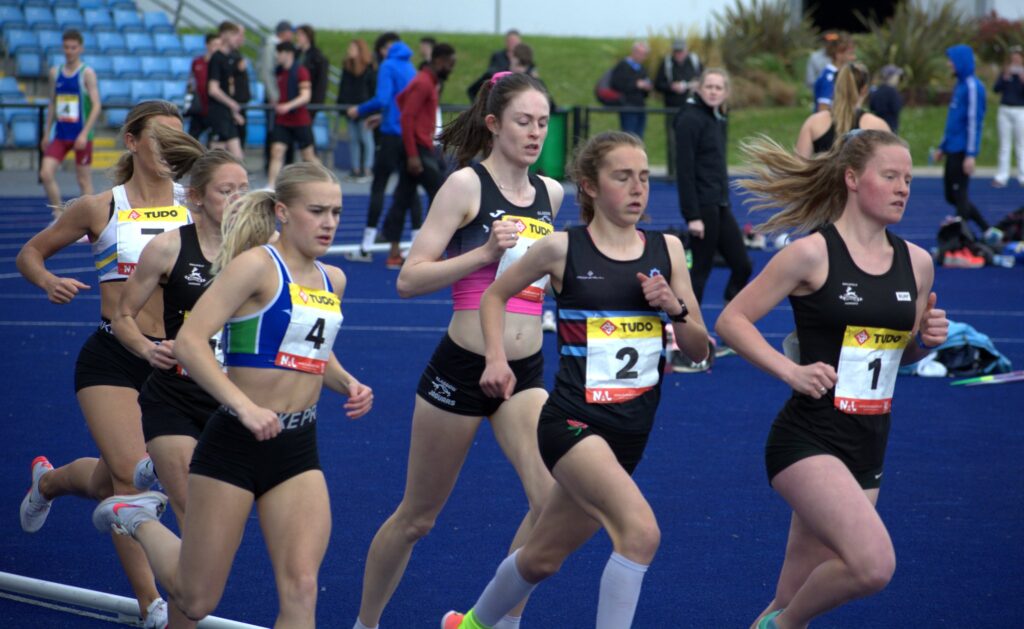 With the men suffering from late withdrawals due to injury, illness and exams, it was a weakened team but there were some excellent early season performances.

Brodie Young, still suffering the effects of jet lag, consolidated his excellent early season form with second place in the 400m A race in 47.13 and Kyle Alexander recorded a PB of 47.69 to take second in the B 400M.

Magnus Tait stormed round the 3000m steeplechase to cross the line 17 seconds ahead of the rest of the field while Ewan Purves, a last minute replacement in the B 800m, gained valuable points in second  place.

It was PB time in the men’s discus with both Andrew Peck and Alexander Mackay scoring highly in a strong field. 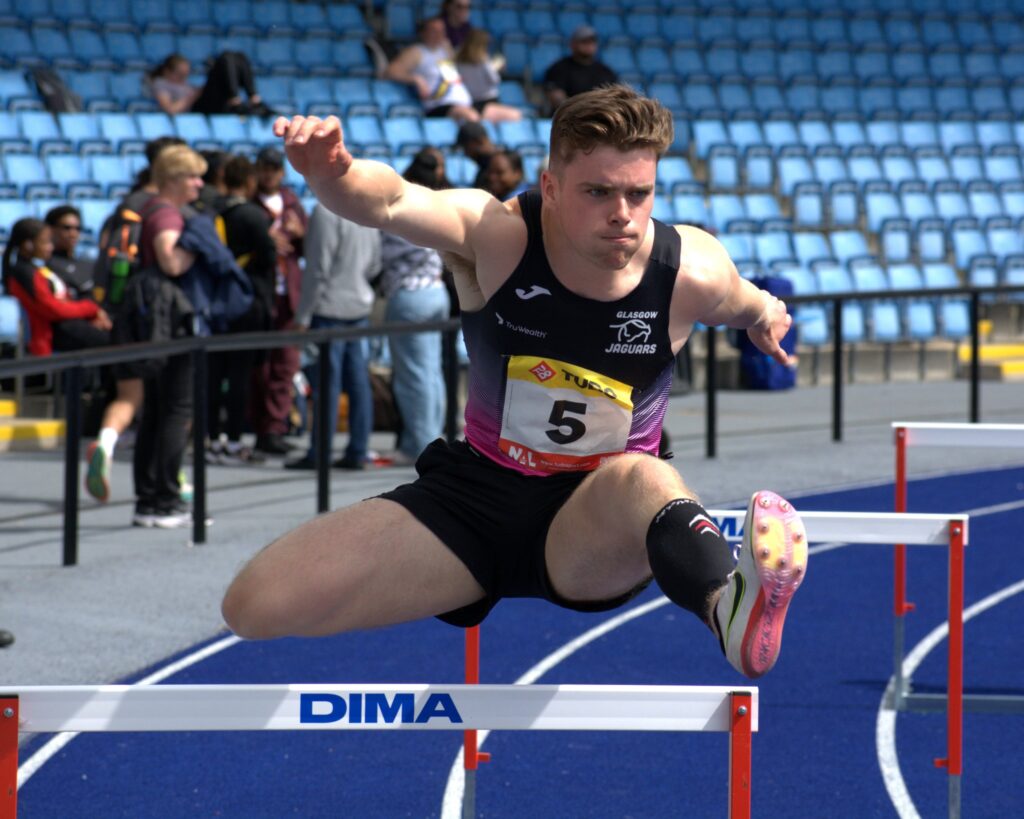 People make Glasgow and people have made Glasgow Jaguars happen.

The contribution of every sponsor, athlete, official, team manager and supporter in a team is much appreciated and  we hope that this return to league competition, which adds an alternative strand to the pathway athletes can access as they develop in the sport, was enjoyed by everyone.

*Following delays, scores have been confirmed as fourth place for the Jaguars in the women’s division and a sixth place overall. This is definitely an encouraging start after issues around the team for Manchester.

*Our highly qualified Officials made a huge contribution to the successful running of the match.

A link to photos from Manchester can be found via Facebook (with thanks to Gordon Innes) where athletes can be seen sporting the fantastic pink and black Joma kit, with the support of sponsors Glasgow Life, Joma and  Tru Wealth  acknowledged.

The next match is at Kingston on June 4 and team managers are currently finalising selections based on athlete availability.

Men's 3000m S/C: Magnus Tait had the lead as soon as the start gun went off and didn’t let a solo effort slow him down. Pushing all the way to the line he claimed a dominating victory in 9:19.11 🙌#NALPrem pic.twitter.com/AADMZLTfWF 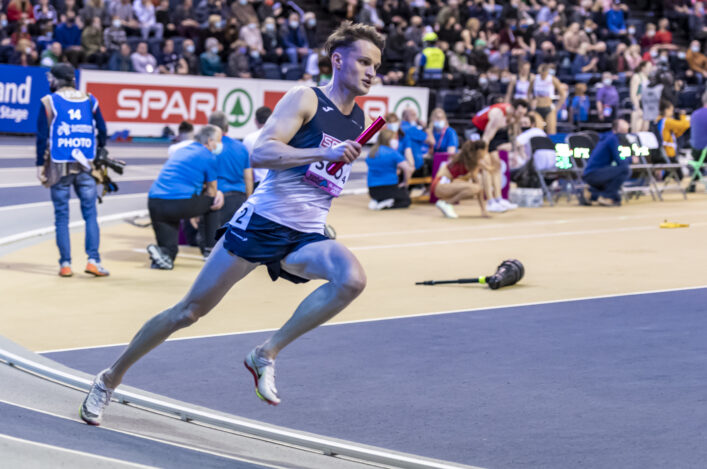 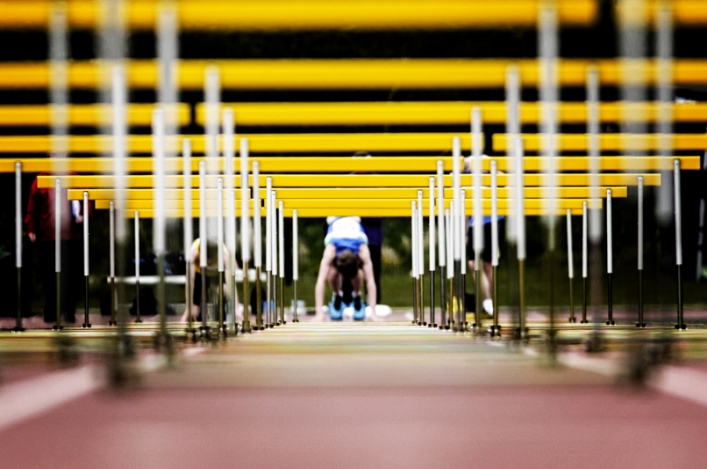