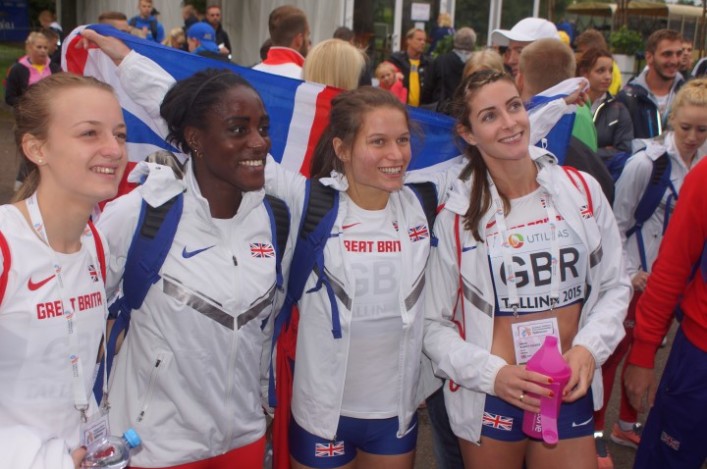 FIVE Scots are heading for the European Athletics Team Championships in France later this month as part of Team GB.

The selection for the competition in Lille Métropole from 23-25 June includes Lennie Waite (3000m steeplechase), Jake Wightman (1500m), Eilidh Doyle (400m hurdles and 4x400m relay), with Zoey Clark and Kirsten McAslan also picked for the 4x400m – meaning half of the six places in the squad for that event go to Scots.

It’s a first senior GB vest for Zoey Clark, who already has a European U23 relay gold medal in the cabinet, earned alongside Kirsten McAslan in Tallinn in 2015.

scottishathletics Performance Director Rodger Harkins said: “I’m delighted for the five Scots who have been selected to compete for the British team in France. It’s particularly good to see Zoey Clark breaking through into the British senior team for the first time with her excellent 400m performances. Likewise, Jake Wightman’s recently had some really good races, and it’s great to see Kirsten McAslan back on the British team

“Eilidh Doyle and Lennie Waite are both coming into form this season at just the right time; it’s also great to see James Bowness, who trains in Glasgow, on the team. Huge congratulations also to the coaches of all these athletes too – we know a lot of hard work has been involved.

“I wish them all the best and I know everybody at scottishathletics will be behind them as they compete in France.”

Read the full team announcement on the British Athletics website.