Eilish McColgan has started 2022 in superb fashion – and now she has more records to her name.

The triple Olympian clocked a superb 14:45 for 5k on the road at the Asics event in Malaga in Spain on Sunday morning.

And, subject to the ratification processes, that is a new British Record for Eilish, who took distance records from Paula Radcliffe during 2021.

Now, despite a bout of Covid only a few weeks ago, she has returned in terrific fashion with a very exciting 2022 ahead including the World Champs in Oregon and the Commonwealth Games in Birmingham.

Mum and coach, Liz McColgan, Tweeted her amazement at the time thus: ‘How has she pulled that out of the bag? I just don’t know. She amazes me.’

Congratulations to Eilish and her partner Michael Rimmer, coach Liz and all her support team.

How the heck she pulled that out of the bag …I just don’t know 14:44. British record ..she amazes me. ❤️❤️❤️❤️ pic.twitter.com/1UFzJuXQpM

There was good news coming in from Belfast, too, after a super run at 5000m by Fife AC athlete, Annabel Simpson.

Well done to Annabel, her family and coach Steve Doig.

It was a strong Scottish effort in that race as Morag Millar of Central AC took fourth in 15:51 and Megan Keith of Inverness Harriers sixth in 16:09. Steph Pennycook of Fife AC was ninth in 16:25. 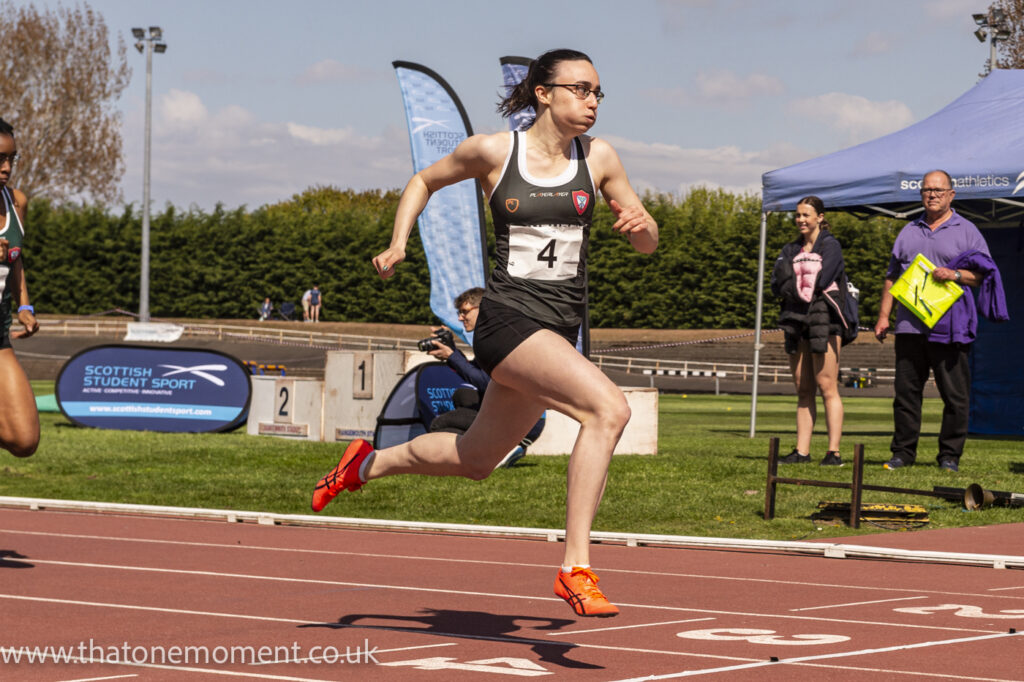 Scottish Student Sport held their outdoor track and field Champs for 2022 at Grangemouth on Saturday.

Windy conditions didn’t dampen the enjoyment amid a number of good performances by hundreds of students.

Well done to those who competed, and their coaches and team managers, and a big thank you to all our scottishathletics Officials.

Great day at the @ScoStuAthletics Champs yesterday. Bright and definitely Breezy ! Nice outdoor season opener in tricky conditions for Claire McGarvey, with an outdoor PB of 1.75m. Spot the Coach in the crowd 🤔😂 @scotathletics @BancStoneAC pic.twitter.com/rrOM5okEXB