Eilish McColgan came up with another terrific road running performance to land a Scottish Record on the roads previously held by her mum and coach Liz.

‘I am really happy with that performance,’ Eilish told BBC Sport.

‘I’m disappointed to just miss the British mark but hopefully I will have another couple of opportunities this year.

‘For me, this is one of the harder records. Part of me didn’t believe I could do it. to go close (to Radcliffe’s time) given me a lot of confidence.

‘I think I probably ran a 200m PB in the push for the Finish Line, I was so desperate to get the record, but hopefully there will be another opportunity to go for it again later this year.’

‘It’s my first time at the event and I loved it. The crowds were brilliant, and you get other runners cheering you on too, so that really helped when I felt tired – there’s no time to switch off.’

What a performance from @EilishMcColgan! 🤯

Ellis Cross was a surprise winner of the Men’s race in 28:40 as he beat Mo Farah by four seconds.

In that race, there was a 17th place finish for Derek Hawkins of Kilbarchan with 30:07 as Derek Rae (Fife AC) came home in 31:08. That was a PB by seven seconds for the Paralympian.

In the elite wheelchair races, Great Britain’s Danny Sidbury took the men’s event in 21:23, while Samantha Kinghorn showed her versatility in transitioning from sprint disciplines to win in 24:45.

Kinghorn will now switch her focus back to the track:

‘I’ll hopefully go to the Commonwealth Games and do a 1500m and then I’ll be stepping it down for the sprints in Paris for the Paralympics. I don’t feel any pressure on the road and love it.’ 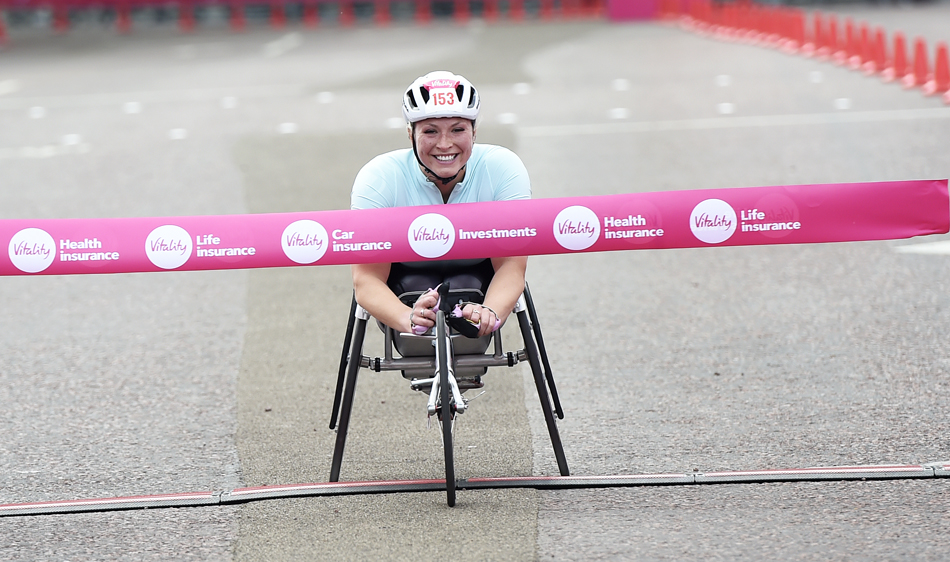 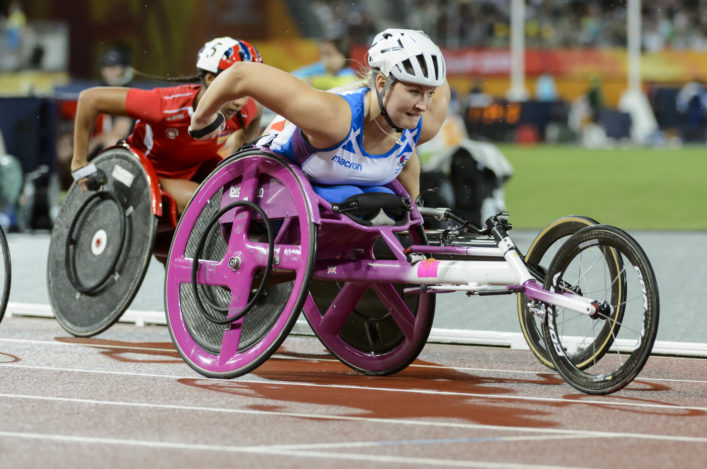