*Scottish Masters athletes once again distinguished themselves with some fine performances at the British and Irish Masters Cross Country event in Nottingham.

There were a series of individual medallists as well as some good team results – including golds for the V60 Men thanks to the efforts of silver medallist Frank Hurley, bronze medallist Andy McLinden and Tony Martin (8th).

Robert Gilroy was a silver medallists at V35 and Bobby Young also won silver at V70.  Les Nicol took a bronze at V75. For the women, there was a gold victory for Betty Gilchrist at V70 and silver for Fiona Matheson at V50.

All the results from Nottingham are online on Power of Ten.

*Lachlan Oates and Louise Mercer were crowned champions at the Scottish Student Sport Cross Country event in Dundee on Saturday.

Oates won from Michael Ferguson and Ryan Thomson with the other women’s medallists being Mhairi MacLennan (silver) and Stephanie Pennycook.

Glasgow Uni Hares and Hounds won the men’s title with Edinburgh Uni dominating the women’s event as they filled the first five places.

All the results from Dundee are online on Power of Ten.

*There was a League record turnout at the East League Cross Country event at Alloa at Saturday. The 732 finishers is a best-ever tally and proves once again the health of cross country at the moment.

All the results from Alloa, regarded as one of the toughest courses in the country with some serious mud, are online on the Road Running and Cross Country Commission website.

And there are great pictures by Tony Waterhouse of Central AC online, too. 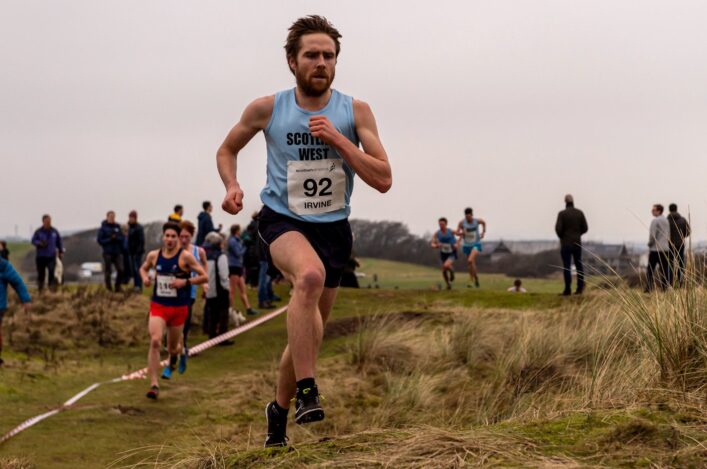