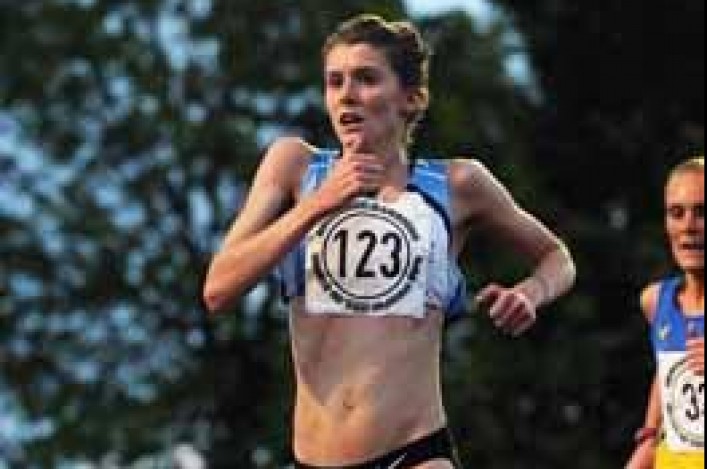 Beth Potter can start thinking about Hampden after a terrific run in the British 10,000m Champs in London on Saturday evening.

The 2013 Scottish XC champion claimed the silver medal behind Jo Pavey in torrential rain at Highgate.

And Beth’s time of 32.45.69 was inside the Commonwealth Games qualifying standard of 32.50 that is required once by Scottish women for Glasgow 2014.

It was also a European Championship qualifier with a place in Zurich now on the cards for Beth.

All the Highgate results can be viewed here: http://www.thepowerof10.info/fixtures/meeting.aspx?meetingid=101360

The Victoria Park City of Glasgow athlete, who is coached by Mick Woods, went desperately close to the 5000m standard in America last month, missing the target by less than a second, and followed that up with a 5000m track title win at BUCS.

Rhona Auckland was in food form, too, at the ‘Night of the 10ks’ at Highgate as she made a big impression on her track PB.

The Banchory Stonehaven athlete finished sixth in the race and clocked 33.09.59 ñ almost a minute faster than her previous best.

It was not quite such a successful night for Scottish men on the track, with title holder Andrew Lemoncello the best-placed at sixth with 29.26.35.

Lemoncello already has the qualifying standard for the Commonwealth Games at 10,000m but other candidates like Josh Lilly missed out on Saturday evening in those awful conditions.