And Laura will go head-to-head once again with training partner and Olympic 800m fourth-place finisher Jemma Reekie on Saturday 21 May at the redeveloped Alexander Stadium.

Muir, the reigning European champion, clocked a sensational 3:54.50 in the Tokyo final to improve her own British 1500m record.

With a packed athletics calendar over the coming months, including the World Athletics Championships, European Championships and Commonwealth Games, the 28-year-old Dundee Hawkhill Harrier – who missed the indoor season due to injury – is determined to get her summer off to a strong start.

‘I had an incredible year in 2021, and to win my first global medal at the Olympics has really given me confidence that I’m capable of making the podium in Eugene,’ said Muir, who finished fifth at the 2019 World Championships in Doha.

‘It was frustrating for me not to be able to compete indoors over the winter, especially when my training had been going so well, but my focus was 100% on getting healthy so I can be in the best possible shape to compete for Great Britain at the World and European Champs, as well as for Scotland at the Commonwealth Games this summer.

‘I hope that with the backing of the home support at the Alexander Stadium next month, I can kick off my season with a solid performance.’ 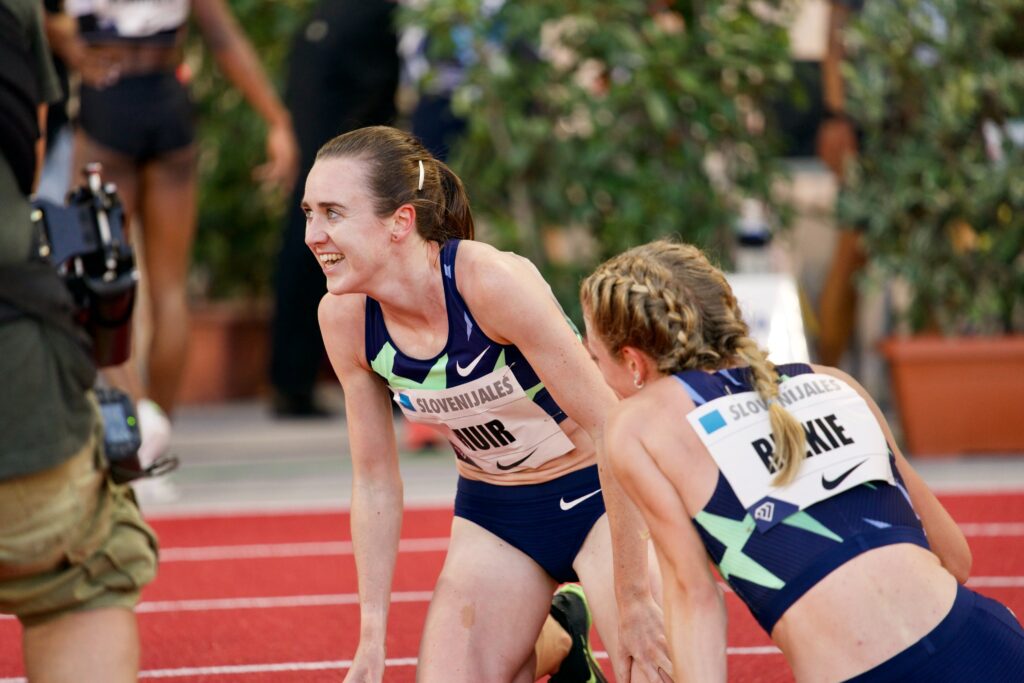 Kilbarchan AAC’s Reekie, a former European age-group champion, clinched fourth in the Olympic 800m final in Tokyo in a lifetime best of 1:56.90.

She had a frustrating indoor season during which she was diagnosed with glandular fever but following a training camp and period of recuperation in South Africa, she has returned to full fitness and has an exciting summer of opportunities ahead as she continues to impress on the global stage.

‘To finish fourth in the Olympic final was a huge achievement, but I was still disappointed because I knew I was capable of more than that,’ said the 24-year-old who is fourth fastest on the UK all-time list for 800m.

‘The experience has made me stronger, and I think I’ve proved that to myself over this winter which has been pretty challenging.

‘It will be a test for me stepping up to 1500m, but I thrive on racing, and I can’t wait to get back on the track alongside Laura in Birmingham. We both have big goals this summer and we’ll continue to push each other on and support each other to achieve them.’

The Müller Birmingham Diamond League is the second meeting of the 2022 Wanda Diamond League series. The series comprises 14 meetings in total, starting with Doha on 13 May and concluding with a single final across two days in Zurich (7-8 September).

Find out more and grab your tickets ⬇️