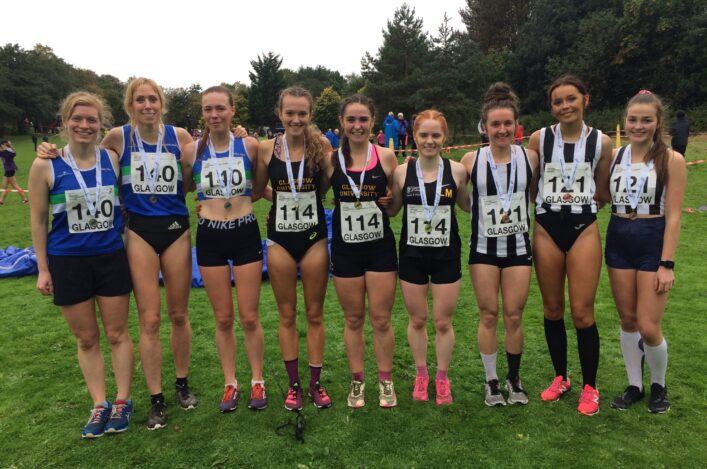 Senior Women’s race medallists in the West – Glasgow Uni, VP-Glasgow and Inverclyde AC (photo with thanks to Leslie Roy)

Results from Alexandra Park (on right of page)

Duncan Robinson made a name for himself in athletics in Scotland earlier this year when he reached the final of the 3000m at the Euro U20 Champs in Estonia.

The Giffnock North AC prospect had already impressed in canicross events globally where athletes run with their dog on a short lead.

Cambuslang and Inverclyde AC, as it happened, had a long lead when Robinson took on the last leg of the Lindsays West District XC Relays at Alexandra Park on Saturday.

But he over-hauled both those clubs to win a superb gold for Giffnock with the fastest lap of the day and a very impressive sub 12 minute run on a hilly (golf) course at one of Glasgow’s ‘hidden gems’ sports venue.

It was an historic first Senior Men’s win for Giffnock and all four of their team were U20 athletes as Duncan was backed up by Nicolai Gajic, Hamish Armitt and Calum Young.

Inverclyde took second with Cambuslang having to settle for third.

In the Women’s race, Glasgow University took the victory with VP-Glasgow in second and Inverclyde AC thrilled to make the podium in third.

Giffnock won the Young Males race with VP-Glasgow in second place there and Kilbarchan again taking third place on the podium.

Thanks to Shettleston Harriers and all involved at Alexandra Park as well as our volunteers and Officials who made the Lindsays West XC Relays happen. 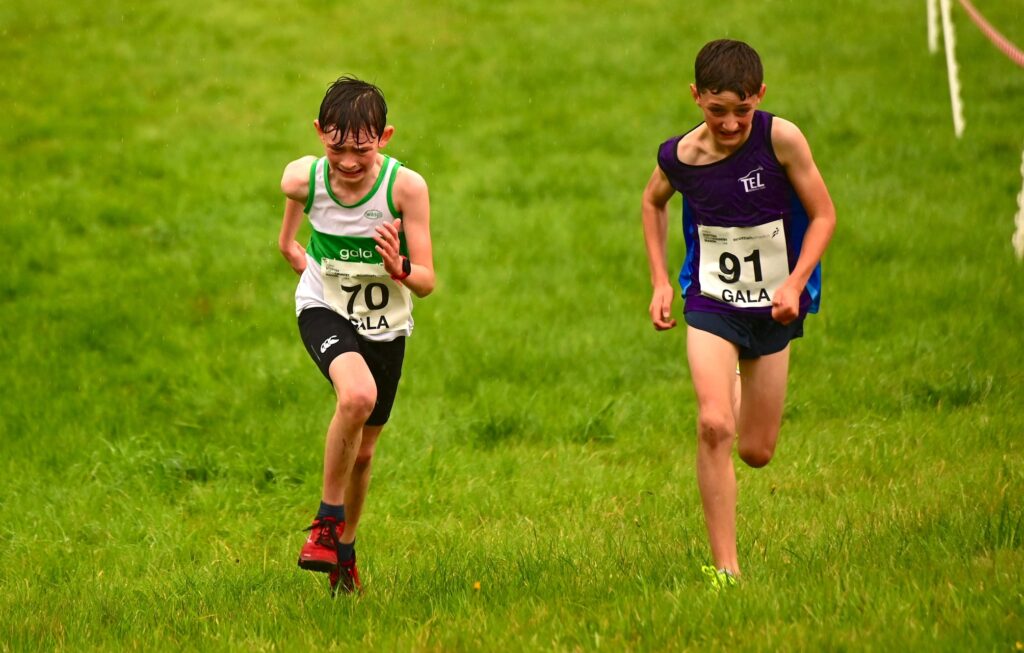 Results from Gala (on right of page)

Lasswade AC took the Senior Women’s gold medals at the East District XC Relays on a special day for that particular club.

As Central AC continued their domination of the Men’s race, the trio of Amy Smith, Sarah Tait and Amy Frankland brought it home for Lasswade.

Edinburgh Uni Hare and Hounds took the silver and bronze medals in that race with the surprise being that it was their ‘C’ team who were second with the ‘A’ team in third.

Just for good measure, the students from Edinburgh were also fourth and fifth in a remarkable collective performance for the Hare and Hounds.

Tait’s second leg run was influential in Lasswade’s win and her time of 15:12 over a hilly course at Gala Academy was enough to take the fastest lap title by two seconds from Holly Page (EU Hare and Hounds).

Central won the Men’s race thanks to the efforts of Calum Phillip, Ben Macmillan, Luca Fanottoli and Hamish Hickey.

Edinburgh Uni were second here, too, with Aberdeen AAC coming home third for the bronzes. Corstorphine AAC’s Tom Martyn was fastest with 13:06.

Thanks to Gala Hariers for hosting the event and all volunteers and Officials who helped make the event happen. 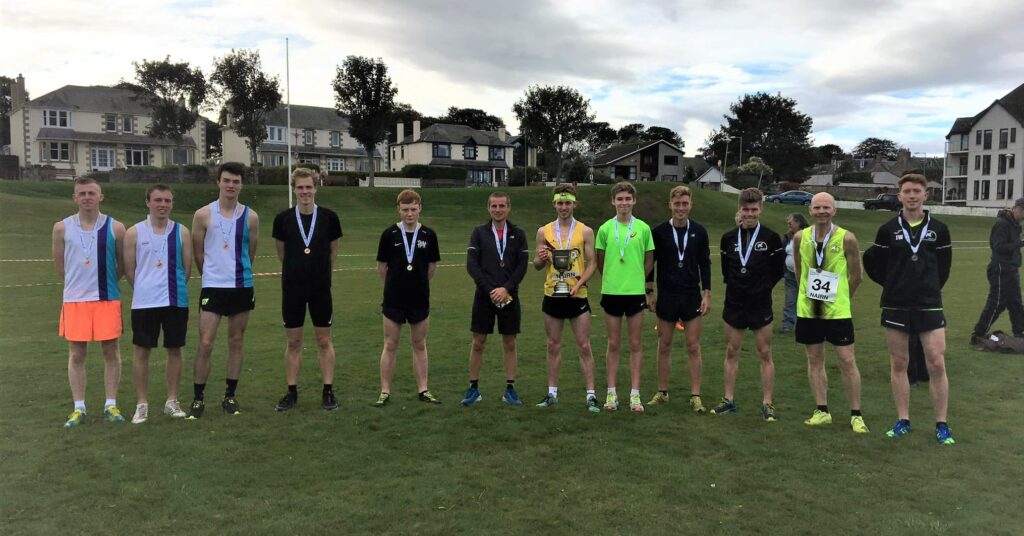 Results from Nairn Links (on right of page)

A close battle on Nairn Links between the youth of Inverness Harriers and the experience of Moray Road Runners saw the North District XC Senior Men’s relay title go to the Highland capital.

With eventual third and fourth placers East Sutherland and Fraserburgh also in early contention, it was first blood to Moray when Kenny Wilson, just six days after running 2:18:42 in the London Marathon, opened up 150 yards on John Newsom on lap one.

The three Inverness youngsters then made their mark when Lucas Cairns halved the lead Wilson passed on to his brother James, Stuart Gardiner overtook V50 Gareth Jenkins and Luke Davidson extended Inverness’s final lead over Ewan Davidson to 38 seconds.

There was a tie for the fastest leg between Wilson and Max Abernethy of Fraserburgh (both 11:24).

Inverurie-based jogscotland Kintore led the Women’s contest from start to finish with a fine lead off leg from Tammy Wilson and follow up from Linda Beaton and Emma Murray. Moray, 27 seconds adrift, took second place while bronze went to Forres Harriers.

A resounding second leg of 8:43 by Andrew Baird – the fastest in the race by almost a minute – gave Ross County a clear victory by a minute and a half over Inverness in the Young Males’ race. Calum Duffy and Ruaridh Ellen contributed County’s first and third legs.

In the first cross country race to take place in the North for 20 months, Inverness A (Lois MacRae, Katie Meek, Anna Cairns) took the Young Females’ title by a minute and 45 seconds from their own B team, whose Kirstin Burnett produced the fastest time of 9:15, again on Leg Two.

With thanks to Charles Bannerman and Ross Cairns