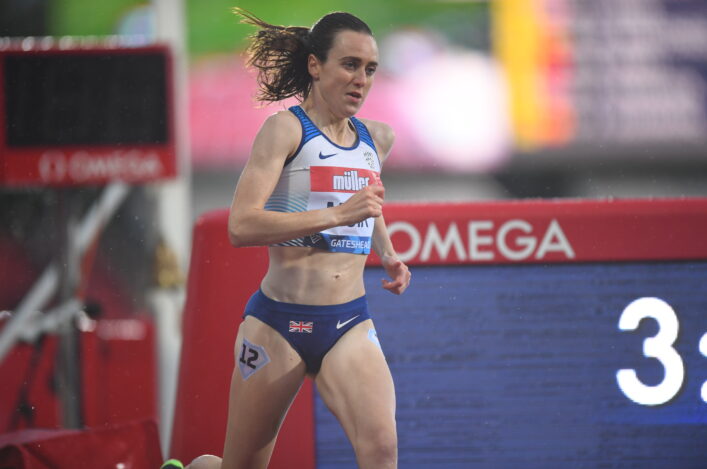 On her way to the win . . . Laura Muir at Gateshead (photo via Diamond League/British Athletics)

Laura Muir blew the opposition away at a wet and windy Gateshead to open her Wanda Diamond League season in typical fashion.

The Scot won the Women’s 1500m finale to the Sunday evening action in England’s North-East by a full four seconds from the best of the rest.

It was a strong performance from Muir on a night when Andy Butchart also did well to take a sixth place finish in a Men’s 5000m where the times were significantly affected by the tough conditions.

After two 1:58 runs at 800m in America, Laura pulled clear just before the bell to land a dominant win in 4:03.73, coming home four seconds ahead of Morocco’s Rababe Arafi.

Katie Snowden also continued her excellent form by finishing third in 4:08.92, while Eilish McColgan was sixth with a time of 4:10.48 and Adelle Tracey eighth in a season’s best of 4:10.93.

It had been good to see Giffnock North AC athlete, Erin Wallace, on pace-making duty in the first couple of laps.

The long-standing stadium record of 4:00.57 did not come under threat due to the less than helpful weather but, as Muir pointed out: ‘Today wasn’t about times, it was about getting out there and getting a win in front of a home crowd.

‘I’m really, really pleased, I just wanted to sit in and use my strength over the last half, which I did.

‘I’ll have to watch the race back, but it went really well. I did feel it in the home straight and it was a shame it was that last 100m as well when you are tiring, but I still felt really strong.’ 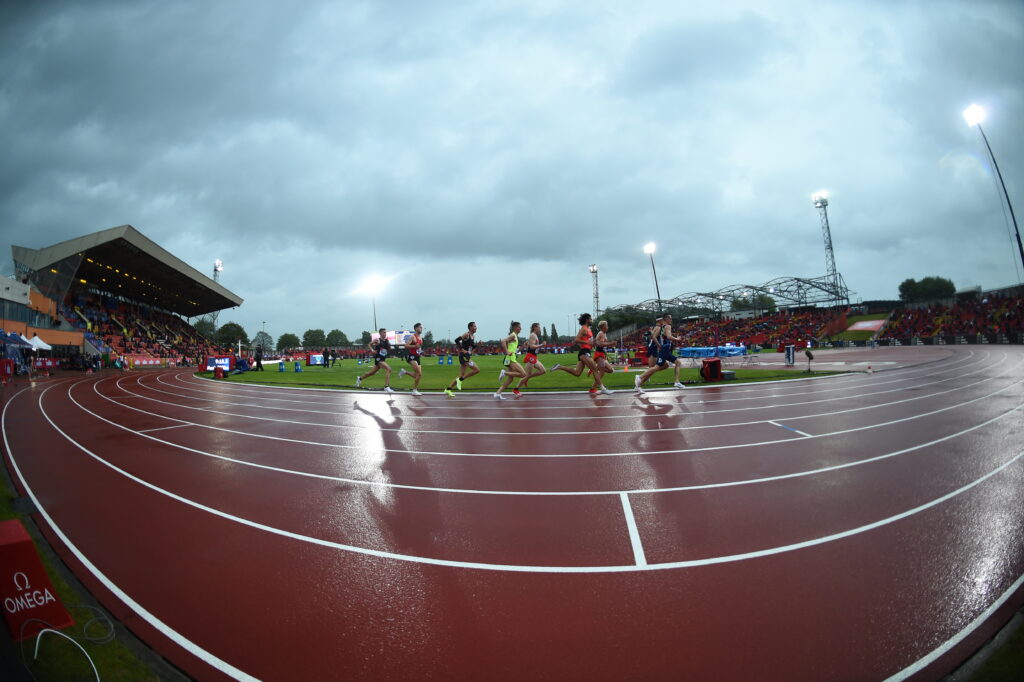 Andy Butchart took sixth in the Men’s 5000m at the Diamond League opener at Gateshead tonight.

Conditions were tough to say the least as Andy clocked a solid 13:23.73 with the race won in 13:08 by Spanish athlete Mohamed Katir.

Earlier, Nikki Manson cleared 1.84 in the high jump with a Season’s Best performance.

All four of those athletes – Libby, Maria, Ross and Alexander – were preparing for the WPA Europeans coming up in Poland early next week.

Seasons best, attempts at an outdoor PB and 6th at my first Diamond League💎💎
Good day at a rainy Gateshead 😊 https://t.co/QD8N2EPUIZ