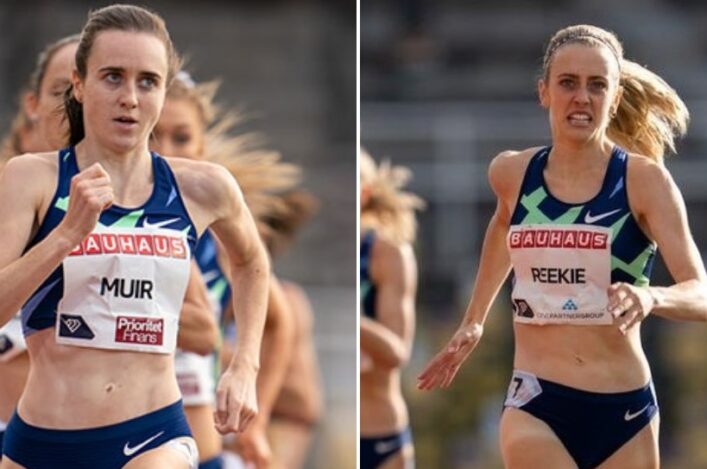 Jemma Reekie continued her remarkable European winning streak with another victory in the south of France on Thursday evening.

And Laura Muir made it a double for coach Andy Young by also coming home ahead of the field in her latest outing over 800m in Marseille.

Both came up with meeting record performances for this particular Marseille event- even though both are well capable of running fasters times than these.

With solid performances from Guy Learmonth, third in his 800m race, and fourth for Eilish McColgan in the 1500m race won by Jemma, it was another good night for Scottish athletes.

So the overall collective performance read 1,1,3,4 in terms of places in another decent level European event and there’s no argument that we shouldn’t be blasé or complacent about this kind of success  – or indeed the regularity.

Nice win tonight over 1500m with a meeting record??‍♀️ @lauramuiruns also a win in the 800m and meeting record ? pic.twitter.com/2agqudD5ZI

Reekie for her part is sweeping through Europe in imperious form.

That is five wins in six races with the field headed in Italy, Sweden in the Diamond League, Poland (twice) and now in France.

A couple of hours later and her training partner and mentor, Muir, dominated the 800m field to win in 2:00.16 with the victory margin around 1.4 seconds from Swiss athlete, Lore Hoffmann.