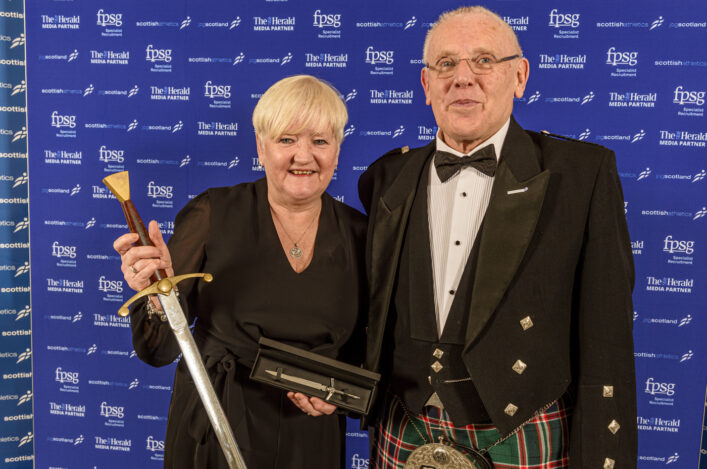 The FPSG Awards Dinner was a sold-out occasion at the Glasgow Hilton Hotel and proved the perfect platform to celebrate and acknowledge the contribution of so many people to our sport.

Athletes of the Year tend to command the headlines but we’ve also been delighted to spotlight Clubs, Coaches, Volunteers and Officials.

Outside of those categories, there are three other accolades awarded on the night with our 2019 recipients very popular winners on the night.

Sandra, who was also short-listed for Development Coach of the Year, was thrilled to accept the ‘sword’ award.

Here’s part of what was read out on the night:

‘The winner of the Tom Stillie Award in 2019 is a person with many ‘hats’ in athletics in Scotland.

‘Head Endurance Coach at her club where, as well as being a coach mentor, she has led a squad of 25 athletes aged 14+ to their most successful year in club history with a record number of medals and international selections.

‘She also coaches five to 12-year-olds in the club Run, Jump and Throw programme and can be seen every weekend officiating at both Track & Field and Cross Country events.

‘She is also the East District secretary on the scottishathletics Road Running and Cross Country Commission where she makes a great impact, working with clubs and supporting events in the East of Scotland.’ 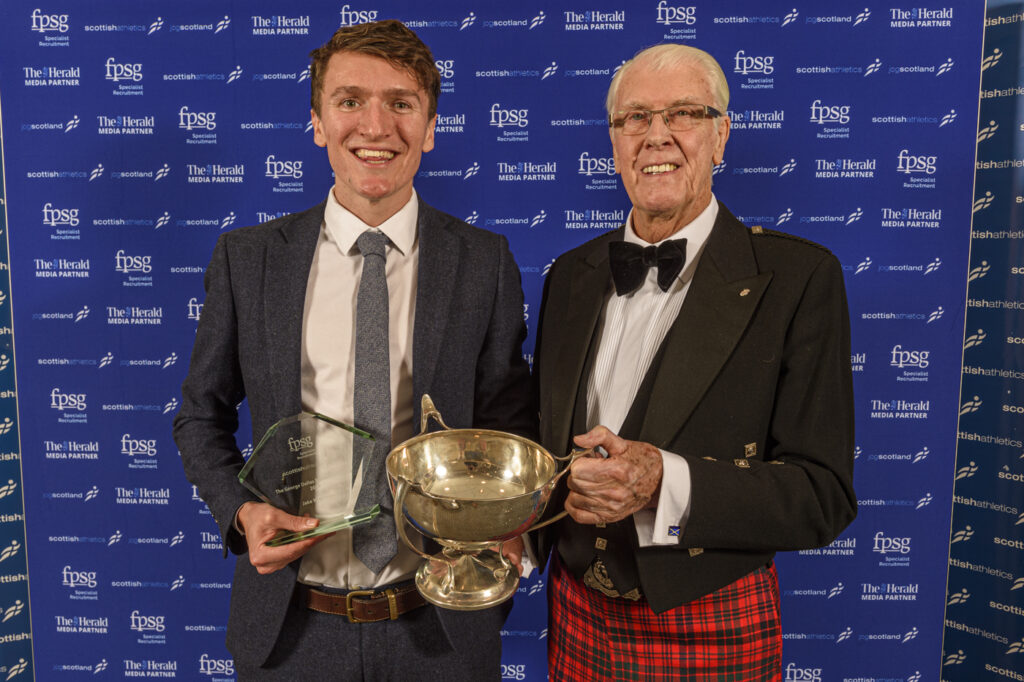 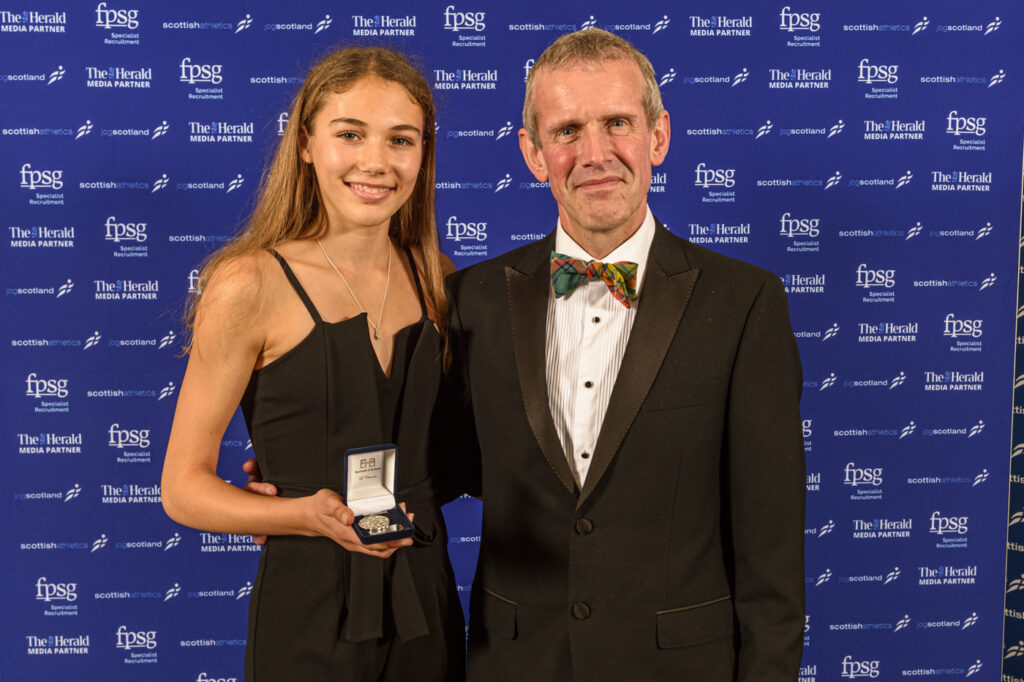 Anna Hedley of Fife AC has had a superb 2019 in hill running – as well as other disciplines – and received the Eddie Campbell Memorial Medal from Hugh Buchanan, Convenor of the Hill Running Commission (photo by Bobby Gavin)

Help us help our sport – take an Officials course

Second album from the 4J Studios National Indoor Senior and U17 Champs at the Emirates Arena in Glasgow on Sunday 26 January 2020. These photos supplied by Bobby Gavin of www.thatonemoment.co.uk Thanks ...

RT @CumbernauldA: We would love to see as many of our athletes as possible taking part, speak to your coach if you are needing any advice 😁…