Excitement and medals at U17 and U15 at Kirkcaldy

Anna Hedley, Julia Cash and Hannah Anderson on the U17 Women’s podium (all photos by Bobby Gavin)

Jack Patton of Kilbarchan AAC and Anna Hedley of Fife were crowned Lindsays Short Course champions at U17 level across the mud of Kirkcaldy.

And Tendai Nyabadza of Harmeny and Anna Cairns of Inverness Harriers took the golds at U15.

Four great races in those two age groups captivated big crowds at Kirkcaldy on a surface certainly softened up be recent heavy rain.

The U15 Girls were first off at 12 noon in what is always a short but exciting programme and Cairns made the trip from Inverness well worthwhile with a gold run as she headed Katie Johnson of Edinburgh AC and Jessie Gilchrist of Law and District.

In terms of the U15 Girls team medals, it was a win for host club Fife AC with silvers for Edinburgh AC and bronzes for Aberdeen AAC.

The U15 Boys race featured probably the closest finish of the day with only two seconds between the top four athletes.

Nyabadza was clear to take the win from Reuben MacDonald of Giffnock North AAC but the battle for third was tight – as Central AC’s Connor Bell just edged out Finlay Ross of Harmeny.

Giffnock North were certainly favourites for the team gold and they justified that status as VP-Glasgow took the silvers and Harmeny were rewarded for their efforts with bronzes.

In the U17 Women’s race, Hedley always looked the likely winner and she had a clear lead turning into the final straight. Julia Cash of Giffnock took the silver and Hannah Anderson of East Kilbride AC was third.

There were team golds again for Giffnock North AC in this one with Corstorphine AAC taking the silver medals and Fife AC in third.

Kilbarchan’s Patton had a fight on his hands for the U17 men’s title but just managed to hold off the challenges of Harry McGill of Greenock Glenpark and Harris Paterson of Giffnock North.

Inverness Harriers took the win there as great reward for the development work happening at that club in the North, with silvers for Inverclyde AC and bronzes for Garscube Harriers. 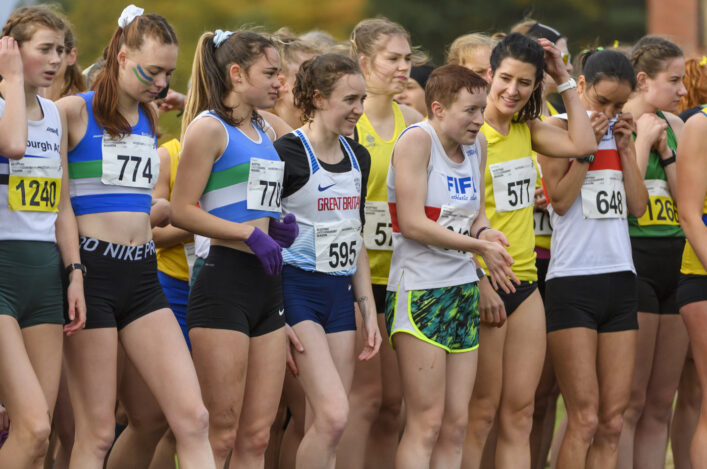 WATCH: video footage from Lanark and join us on YouTube