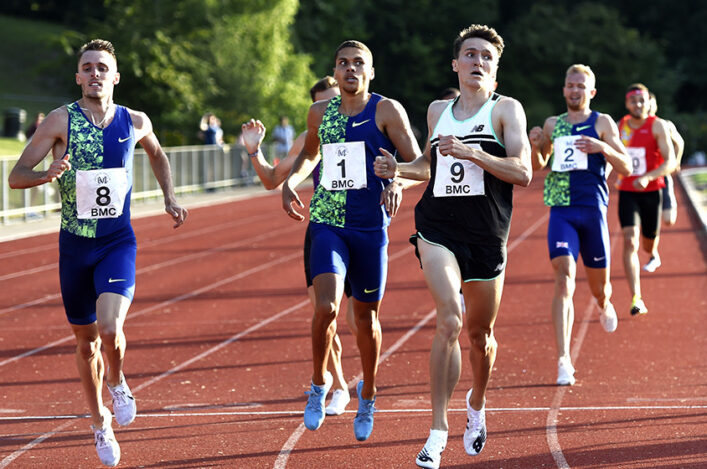 Jake Wightman made a superb return to track action in Watford on Saturday night as Andy Butchart also confirmed his class.

It was a good night for Scots at the BMC meet with Edinburgh AC youngster, Eloise Walker, setting a fine PB in the Euro U20 3000m trial which should see her secure a slot in Sweden with the team is announced around ten days from now.

Wightman took the honours in the much-anticipated men’s 800m race amid a flurry of PBs across the whole meeting on Britain’s hottest day of the year.

Jake, a bronze medallist in 2018 at both the Commonwealths and the Europeans, had not raced on the track since last August due to a stress fracture of the sacrum but he made a sensational comeback. Holding back from the fast pace (51.28 at the bell) he took control in the last 200m to win in 1:45.55. 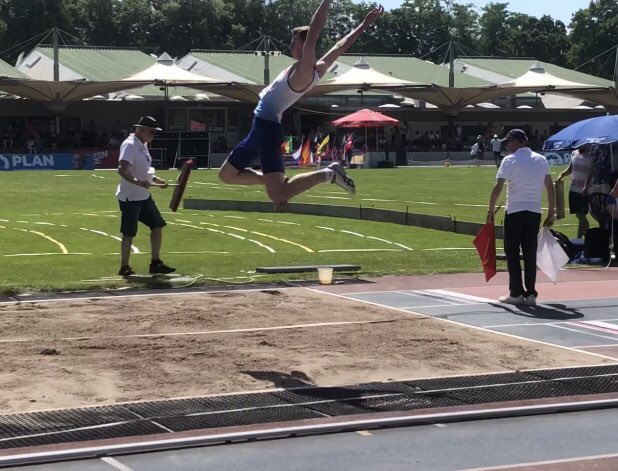 Three young Scots made their bows in GB and NI vests at the Mannheim Gala event in Germany.

And they didn’t half perform well with PBs for second and third in the men’s 200m for Praise Olatoke and Fraser Angus.

With both having contributed to a GB win in the 4 x 100m on Saturday, it certainly looks as if their selection chances for Sweden have improved.

Stephen Mackenzie came up with 7.49m in his long jump event to finish in fifth place (and within 5cm of the medals) in what was an excellent international debut.

The long jumper from Ullapool is already confirmed in the automatic picks for the Euro U20s in Sweden.

Eloise Walker has made a strong selection claim for the GB and NI team for the European U20 Champs in Sweden.

Walker had the qualifying time prior to Saturday evening’s trial and she delivered a big PB of 9.21.36 to finish third in the race on the night and second in the trial. Again, that was well inside the 9.30 standard being asked by British Athletics.

Well done to Eloise and coach John Lees with it now being a case of fingers crossed ahead of the July 8 ‘second wave’ of team selections for the Euro U20s.

It’s been quite a weekend for our jumps athletes.

On Friday evening, Alessandro Schenini lit up the GAA Sprint Gala with a superb long jump series. The Giffnock North AC athlete took his PB to 7.59m and the series also included 7.56m and 7.50m to signifcantly bolster his selection chances for the Euro U20s.

Then, on Sunday, Chuxx Onyia improved his triple jump PB to 15.90m. Onyia is now fourth in the all-time rankings for Senior Men’s triple jump.