Baillie looks back – and ahead 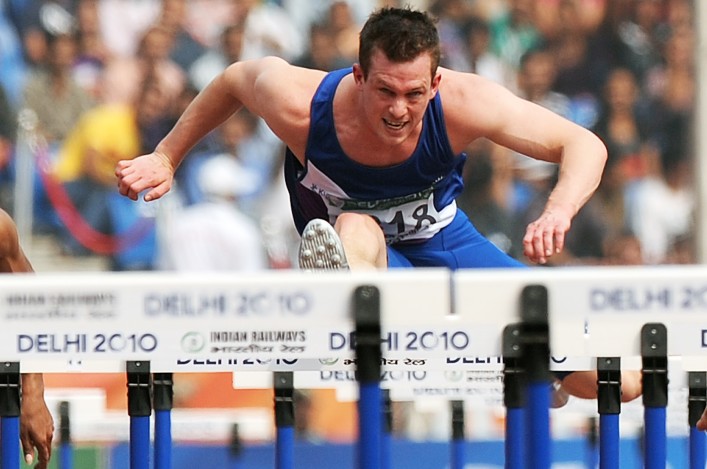 Chris Baillie in action in Delhi in 2010

Ten years on from a magical moment in Melbourne, Chris Baillie has his sights firmly set on the future.

A special anniversary passed on March 21 without fuss as the hurdler-turned-coach reflected on a silver medal at the 2006 Commonwealth Games in Australia.

Baillie, now 34, crossed the finish line of the 110m hurdles in 13.61 seconds to land silver. He is currently Head of Coaching and Community Engagement at Helensburgh Amateur Athletic Club and coaches another group as he seeks to help fill some of the gaps in elite level of our sport.

‘Since myself and Allan Scott competed for Scotland at that level I’m not sure we’ve kicked on in some events,’ said Chris.

‘No-one has really come up behind us in that respect. We do have some young guys coming through but hopefully in time we well. It would be great to see.’ 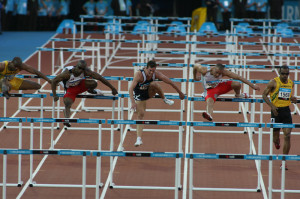 Chris powers towards silver in Melbourne in 2006

Baillie reflected on his medal win from 10 years ago and said it was a major high in what proved to be an injury-interupted career.

‘I does now seem a long time ago but it was one of the best days of my life. I had a lot of injuries during my career and I broke my foot six weeks after returning from Melbourne and I was out for six months, so I went from an extreme high, to an extreme low.

‘I ran four previous races in Australia and was unbeaten. I was running well and people started talking about medals but right up until the day of the race it wasn’t in my mind.

‘All I wanted was to get back to the place I was four years earlier in Manchester. That was always the focus.’

Chris ran a PB (13.44) in the heats to qualify and held off two English runners and a Jamaican sprinter to pick up the silver. Gold medallist was Maurice Wignall, of Jamaica, while England’s Andy Turner won the bronze.

As one of the leading athletes going into the games Team Scotland had hoped that Chris would deliver a medal as he had been at that level for a number of years.

‘I knew I was in good shape,’ he recalled.  ‘I was very relaxed. I just wanted to beat Andy in the final, he was never going to get past me! We’d been racing each other since we were 15 years-old and all I could think about when I crossed the finishing line was beating him. Only then did I realise I’d won the silver . . .’ 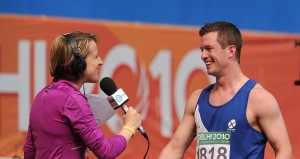 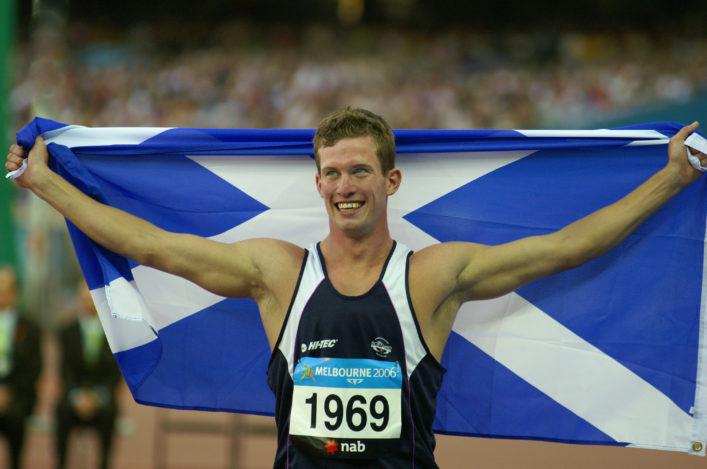 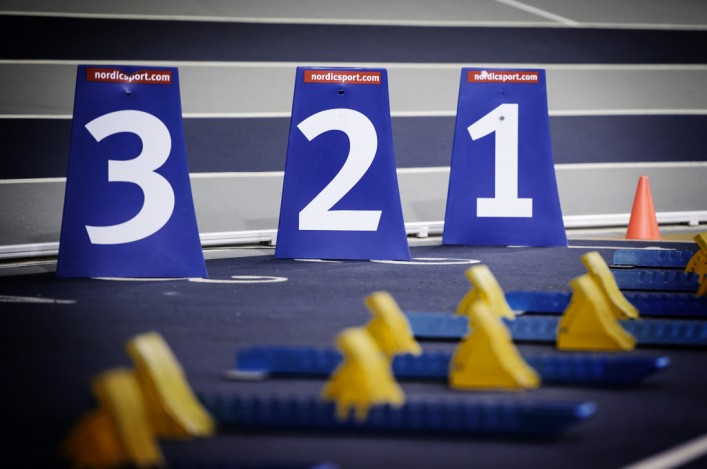