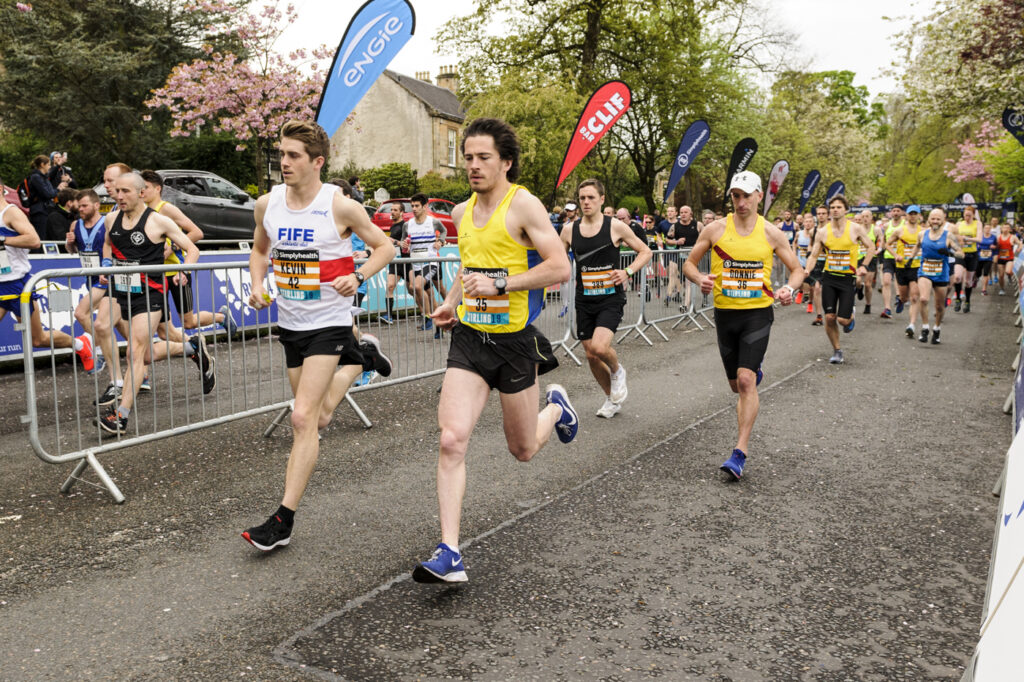 The Scottish Marathon Championship was held this year at Stirling as part of the Great Stirling Run with Michael Wright of Central AC retaining his title and clubmate Jennifer Wetton winning the women’s gold medal.

The championship has been held within an existing event for many years, even being held outside Scotland at the London marathon, but when it was first held it was an event on its own and for many years the race was included within the Scottish Amateur Athletic Association’s national championship meeting, starting and finishing within the athletics stadium.

Marathon running itself has the longest history with its origins traditionally dating back to 490 B.C, when the Greek messenger Pheidippides supposedly delivered the news of a Greek victory over the Persians by running 24 miles or so from Marathon to Athens.

It was not until 1946 that the first national championship for men was held in Scotland although two Scots, Dunky Wright and Donald McNab Robertson, had already achieved great success at the event.

Dunky Wright had started marathon running seriously in 1924 and had won both the Polytechnic Marathon and the Sporting Chronicle event in his first year. He competed in three Olympic marathons in 1924, 1928 and 1932, finishing fourth in the latter event to the Argentinian, Juan Carlos Zabala. Zabala, himself, had a Scottish connection, having been adopted by a Scottish father who had settled in Argentina!

He was also victorious in the Fyvie to Aberdeen marathon race of 28 April, 1923, the first official amateur marathon race to be held in Scotland over the authentic marathon distance, winning in 3 hours 13 minutes 12.4 seconds.

Donald McNab Robertson was the first to seriously challenge Wright and won the 1932 A.A.A. marathon, outsprinting Wright to win by 1.4 seconds. Robertson had won the silver medal at the 1934 Empire Games in London and placed fourth four years later.

When the first SAAA Marathon Championship took place in Edinburgh on 8 June 1946 in conjunction with the Junior track and field championships, Robertson was in his forties, but he was still capable of defeating the best in Scotland, winning the race in 2 hours 45 minutes 39 seconds, ahead of Wright, who was approaching his 50th birthday.

Robertson repeated the title win the following year in 2:37:49 and that time would last until 1954 when another icon of Scottish athletics was victorious. Sadly, Robertson was not there to see it – tragically he died in his sleep in 1949 at the age of 43.

In 1951, the Championship date was moved to be held alongside the national championships at Hampden Park, with the start of the race scheduled at 1.30 pm, the winner (Jack Paterson in 2:43:21) timed to enter the stadium shortly before the start of the three miles race. 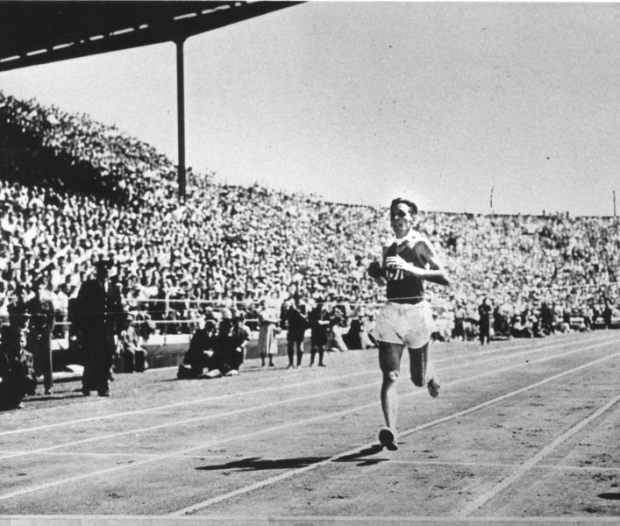 1954 was a momentous year for Scottish marathon running, the 24 year old Joe McGhee taking the title in a new championship best of 2:35:22 on a new course from Gourock to Ibrox Park, home of Glasgow Rangers, where the Glasgow Highland Gathering was being held. Just over two months later, Joe was triumphant in the Empire Games marathon in Vancouver.

His 1954 Scottish title started a period of dominance and he completed a hat-trick of championship titles between 1954 and 1956, the middle victory being in a new championship record of 2:25:50.

The Morpeth Harrier, Jim Alder, had won the Commonwealth marathon title at Kingston, Jamaica, in 1966 and in Edinburgh’s Commonwealth Games year of 1970 (where he won the silver medal), he took the Scottish title in a new championship best of 2:17:11, just three seconds ahead of Donald Macgregor who would become a triple winner in the mid-1970s. Jim was being followed by a BBC camera crew making a documentary on his preparation for the Commonwealth Games when an unfortunate call of nature intervened and as Jim described it, ‘at twenty miles I made a burst in more ways than one’!

Colin Youngson and Jim Dingwall took the best into the 2:16s in the 1970s and in 1983 the modern era of marathon running evolved with an official Scottish Women’s Marathon championship being held for the first time (although the SWCCU did put on a 1982 race), Aberdeen’s Lynda Bain coming home in 2:50:29.

The women’s races have not been dominated to any extent by any athletes but Carnethy’s Kate Jenkins won the title three times – in 2000, 2003 and 2007. In 1999, when overseas athletes were allowed to take the medals, Esther Kiplagat of Kenya was victorious in 2:33:09 and that remains the women’s championship best to this day. Only on three other occasions has the title been won in sub-2:40, these being when the event was held within the London marathon.

Back to the men and Fraser Clyne was triumphant five times in six years between 1992 and 1997 before the foreign invasion of 1999 saw Mexico’s Andres Espinosa set the fastest title win in Scotland in 2:14:31.

As with the women’s event, the fastest times since then have been when the race has been held in London, where the best of the Scottish athletes have competed.

Many great names, many great races over the years, but although its unlikely to happen again due to policing of events, it would be something to see a Scottish marathon championship leaving from and returning to the stadium as part of the Scottish national championships. 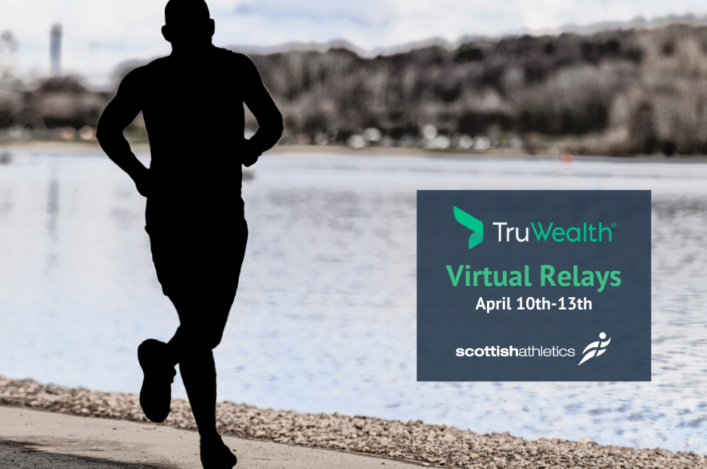 ‘My kitchen is gym and garden is throws area’ – Kirsty Law

CLUB DEVELOPMENT
There have been some great things happening at our clubs over the past couple of years - still are !! - and here's a great piece about Harmeny AC.
They were named scottishathletics Impact Club of the Year at our Awards Dinner back in November.
(*Film made Before Coronavirus and therefore includes group training sessions) ...

Fantastic video from Harmeny AC about their club activities, and their involvement with the scottishathletics Club Together programme.

STAY IN, WORK OUT And stay connected... Love this ! Another wee video demonstrating how friendships are forged in… https://t.co/328SHXSj9I

RT @TaritTweets: 1/?. @scotathletics Interesting idea from @PandJSport What do I think? Hard to put in a few characters so a few thoughts…